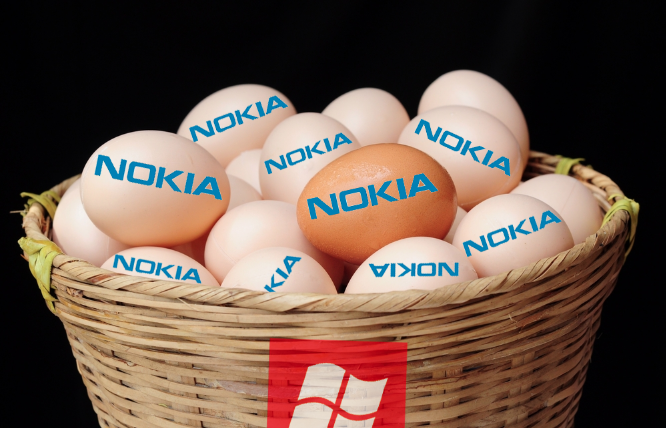 Nokia may seem like it’s bet the farm on Microsoft’s Windows Phone ambitions, but the Finnish company may have another plan to fall back on.

So says Nokia board chairman Risto Siilasmaa, who said that Nokia has a contingency plan in the event that things go south, CNet reports. The revelation came during a recent interview on a Finnish talk show.

Nokia’s stock value has dropped 60 percent in the last year. Realizing the dimming prospects of the company, Nokia chief Stephen Elop made a gamble: Nokia would drop its other efforts and, for better or worse, focus on Windows Phone.

But not even that Hail Mary pass looks like it’s going to end in a touch down. At the unveiling of Windows Phone 8 last week, Microsoft announced that current phones like the Nokia Lumia 900 won’t be upgraded to the next version of Windows Phone. That’s bad news for Nokia: Why would consumers invest in a phone that’s to be obsolete in less than a year?

Fortunately, if Siilasmaa is correct, Nokia may have other options, though it’s hard to imagine what those might possibly be. As Siilasmaa notes, the marketshare for Nokia’s Symbian’s operating system is almost nonexistent, so it’s unlikely Nokia would push in that direction. And Android? That space is packed as it is, and its going to be hard going for Nokia to turn heads with Samsung and HTC on the rampage.

The solution seems to increasingly lie in one main area: Patents. To turn the tide, Nokia could harvest its 30,000 item patent portfolio, which, by some estimates, is valued at $14 billion. Sure, that’s less exciting than selling smartphones, but it beats going out of business.