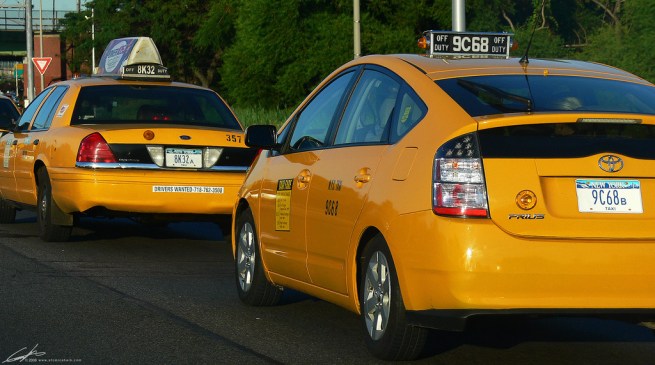 A car service, not for the rich, but for the rest of us. It’s a novel idea, and its time has come, thanks to on-demand car service startup Uber, which will soon start offering patrons a hybrid vehicle option for more affordable come-and-fetch-me rides.

Uber is the San Francisco-based startup that makes mobile applications for requesting private cars, at premium prices, in 12 cities in the U.S. and UK. Uber’s hook is a mobile-optimized, speedy service — drivers usually arrive in 10 minutes or less. The young company has a $44 million-padded piggybank that its using to round out its service offerings and expand globally.

Starting Wednesday, a bargain version of Uber’s car service, called UberX, will be available to ride-seekers in San Francisco and New York. Application users can choose a hybrid vehicle as their transportation option and save 30 to 40 percent on Uber’s regular luxury sedan rates.

In San Francisco, the hybrid cars will cost $5 for the base fare and $3.25 a mile after that, according to the New York Times.

At those rates, which are still 10 to 25 percent higher than cab fares, more mainstream consumers may feel the urge to whip out the Uber iPhone or Android app and order hybrid service simply to avoid the hassle of hailing a taxi. I know I would. Having taken a few Uber rides, I’ve experienced first-hand the expedience of the system, which can be more reliable than apps such as Taxi Magic and much less stressful than trying to flag a taxi.

The push to the masses is part of Uber’s ongoing mission to be everyone’s private driver, general manager Ryan Graves told me in a prior conversation. Uber, he said, has been working on building out its low-end fleets with the help of partners in the cities where it operates.

“We have partnerships … with limo companies. These guys are investing in cars and broadening their businesses all the time, so if we give them that stream, they’ll go out and buy Priuses,” Graves said.

In addition to the UberX service, the startup is also making SUV service available Wednesday at higher rates.

Uber, which makes money on every ride, is profitable in most of the cities where it conducts business, Graves said.