While the Android buzz is now firmly focused on the recently unveiled Jelly Bean, the previous major update, Android 4.0 Ice Cream Sandwich, has finally reached double-digit penetration in the market.

It’s a bittersweet victory, though, as it took 8.5 months since Android 4.0’s release to scrape together 10.9 percent of the Android market. Meanwhile, the majority of Android users (64 percent) are running the 15-month old Gingerbread update.

The latest statistics, gathered at Google’s Android developers website, won’t do much to satisfy critics who say that Android is horribly fragmented. Google has historically avoided forcing Android updates on device manufacturers, who usually need several months to tweak the software for their products.

At least the adoption of Android 4.0 seems to be speeding up. Last month, Google reported that only 7.1 percent of devices were running Android 4.0.

Come next month, Google will add Android 4.1 Jelly Bean statistics to its market report. That update will officially hit Nexus devices later this month, and it’ll give us some idea of how well Google’s new Nexus 7 tablet sells. 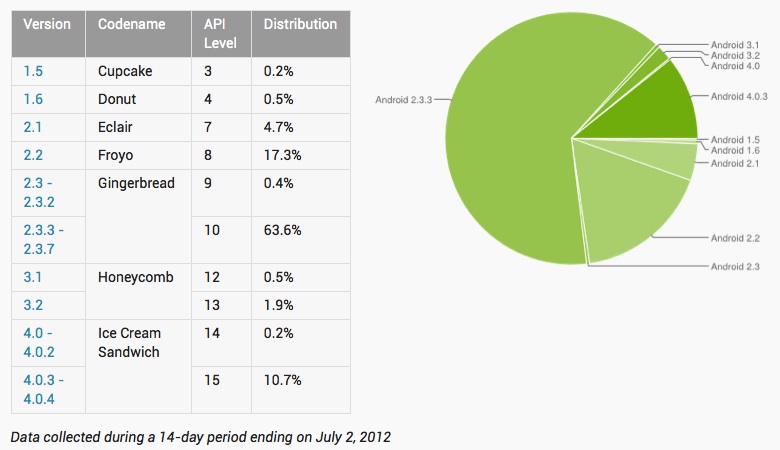