The Chrome Web Store will now start dishing out app recommendations based on the apps your Google+ friends have upvoted. Let’s hope your friends aren’t all just closet Angry Birds addicts, right?

Google+ has long been the cornerstone of Google’s big, gnarly plan to knit all its web apps and user profiles into one colossal, interconnected software suite. This matter of app recommendation is merely the icing on the cake.

“This isn’t the entire Internet, it’s your entire Internet,” said Google web search chief Jack Menzel during a recent interview about Google+ data making its way into other Google products. “With Google+, we understand who people are, and we use that.”

The recommendations engine might also prove to be a nice boost for app developers ever in need of more and better distribution channels.

On the company blog, we read the internal monologue of Googler Hui Guo, who writes, “Since I started working on the Chrome Web Store, all my friends have been asking me which apps to try out. Between checking with colleagues for their suggestions and creating shared lists on Google spreadsheets, I thought there must be an easier way to share my favorite apps with the rest of the world.”

Wait, what? There are people in this world who make shared spreadsheets of apps they use? 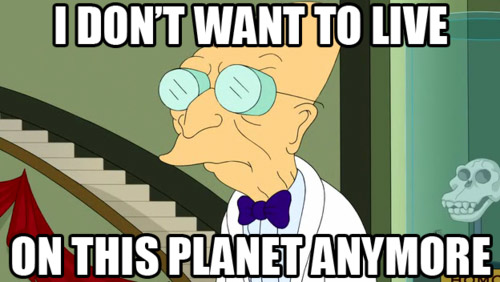 World’s most tech-and-social-media-obsessed spreadsheet aside, Guo continues, “To make finding the right app even easier, all apps that have been +1’d by someone in your circles will be indicated as such throughout the Chrome Web Store, helping you decide which apps to install.”

As Google social guy Bradley Horowitz told us several months ago in an in-depth discussion of Google+’s ultimate ambitions, “We think of Google+ as a mode of usage of Google… a way of lighting up your Google experience as opposed to a new product.” That is, Google+ was intended to glean data from your social graph so it could power features exactly like this one.

It’s worth noting that Facebook recently launched its own app store for web and mobile apps, putting it into competition with Google on yet another front. Google’s addition of more social information via recommendations is necessary for the company to keep a competitive in the still-evolving area of app distribution.

Google+-based recommendations have been popping up in other Googley web destinations, as well — most notably in the Holy Grail of Google software, it web search, which now offers users a Search Plus Your World integration with Google+.

As of last week, Google’s social side claimed 150 million monthly active users, paltry compared to Facebook’s roughly 900 million MAUs but still significant given that Google+ only launched one year ago.