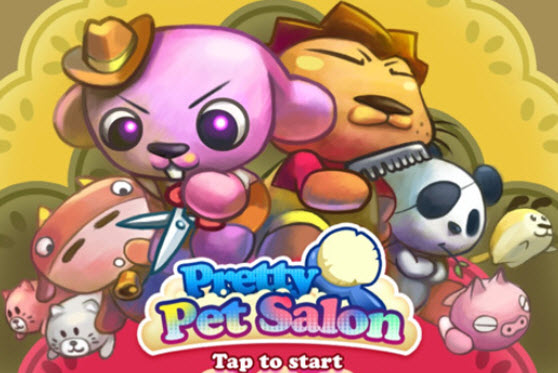 The ruling was, in effect, a death sentence for all of Animoca’s apps, which had been downloaded more than 10 million times. El-Mouelhy said it seemed unfair because his company learned about the third-party marketing services from other, larger app makers. The marketing services did not create an unusual pattern of downloads for Pretty Pet Salon, and they did not work exceedingly well.

Animoca evidently flew too close to the elephant’s tail, and it got swatted. That also happened last year to Tapjoy, which was using incentives to encourage users to download its customers’ apps. Apple banned the so-called incentivized apps, but Google hasn’t done the same with Android apps.

El-Mouelhy said, “While it is possible that one specific vendor used by Animoca may have been a “botter” (something the vendor denies), please keep in mind that we have used about two dozen advertisers and marketing services providers. These providers were commonly used not only by Hong Kong-based Animoca but also by several other major app companies headquartered in the U.S.”

El-Mouelhy said his company was also in a tough spot. “Our contract with Apple forbids us from discussing these matters in the public or media. This is why we have made virtually no statements, issued no responses, and offered no clarification even when damaging things have been said about our company.” Animoca couldn’t even explain to its millions of fans what had happened.

The disappearance was unusual, since Pretty Pet Salon was a big hit. The Facebook site’s admin replied that Pretty Pet Salon was still available on Android devices via Google Play and Amazon’s Appstore for Android. The game reappeared on the Apple App Store on March 22 as Pretty Pet Salon Seasons. That version is a holiday title. Users who played the old title were just out of luck, as they weren’t able to return to saved games.

El-Mouelhy said that his company would love to be reinstated as an Apple developer. But in the meantime, Animoca had to sell off its iOS development business. The original game’s developer was Dream Cortex, and all of the apps made by that company have been removed. The new developer of Pretty Pet Salon Seasons, which is the new app that reappeared on the App Store, is Pretty Pet Company. Pretty Pet Salon Asian Edition, by Oriented Games, is also still on the App Store.

Apple rarely explains any of its actions. App search company Xylogic reports that Apple takes down about 5,000 apps a month for a variety of reasons. Little explanation ever emerges, though some takedowns may be related to copycatting or malware issues. This case shows that Apple can ban developers and apps from the store. But those apps can reemerge under new ownership. El-Mouelhy said that Apple had no objection to the app developer that it sold its apps to.

Of course, the original developer and publisher in this case will suffer considerable pain. The users from the previous app that was taken down are gone, and now the new owner faces the challenge of rebuilding its audience. Animoca has now moved to Google’s Android platform. It is happy with its audience there. If Apple had communicated more, it probably wouldn’t have lost Animoca or its users. All told, Animoca’s apps have had more than 30 million downloads. Animoca has consulted its lawyers but has taken no legal action yet against Apple.

El-Mouelhy said, “The success of Animoca was due to a number of factors, none of which has anything to do with the alleged botting. We employ great game designers, world-class artists, and top-tier engineers and programmers in an outstanding team that is a leader on the Android platform.”