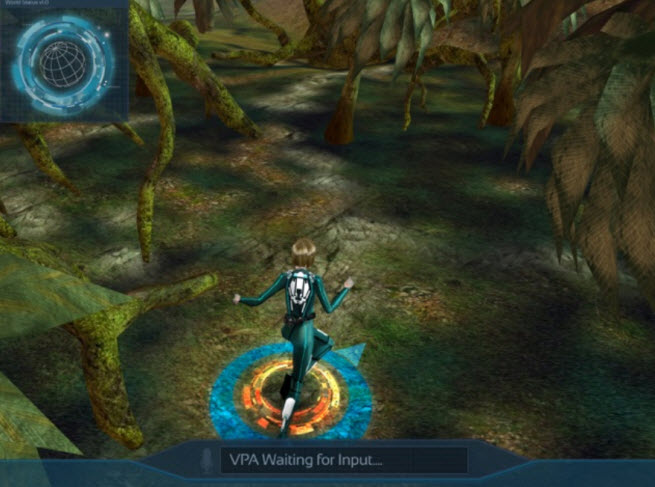 Kuato Studios plans to use artificial intelligence and gaming technology to teach children how to program a computer. As such, it is the latest startup to try to “gamify,” or use game mechanics to foster interest in non-game applications, education.

The company is creating a virtual game world for children and teens to explore. They can perform actions in the world by writing lines of computer code. A tutorial will walk them through the process so that even neophytes can learn programming, said Frank Meehan (pictured below, left), chief executive of London-based Kuato, in an interview with GamesBeat.

The iPad game also does something pretty smart. It adapts its difficulty level based on how well you do with each problem. Meehan showed me a scene where you could set a butterfly free if you correct some corrupted code.

“You’re learning code so you can survive,” Meehan said. “We’ll have graphics that are cool and a game that is fun to play while you learn the core principles of coding, graphic design, and science.” 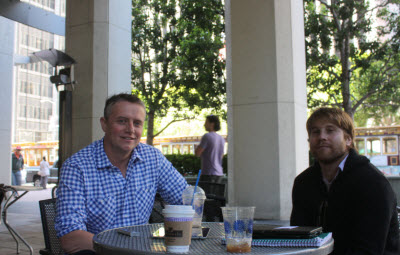 Kuato has licensed its AI technology from SRI, the same research institute that created the AI technology behind Siri, which spun out of SRI International and was acquired by Apple for use it its iPhone. SRI did ground-breaking work on virtual personal assistant (VPA) technology as part of its Cognitive Assistant that Learns and Organizes (CALO) project started in 2003. Kuato has the license to the technology in the gaming and entertainment industries.

SRI owns an 18 percent stake in Kuato. Kuato’s technology tries to go a step further than Siri, which doesn’t remember your requests. Kuato tries to understand intent and reason, and it builds a profile of you. Then it incorporates that into the game and makes the experience more interactive and adaptive.

“We try to go deeper and understand the player,” Meehan said.

The game is targeting children and teens ages 11 to 15, or the typical age when kids start learning programming. And the game will work on an iPad only and is being designed with Unity 3D development tools.

“Kids want to learn new skills but lots of people who have tried this in the past have failed,” Meehan. “Our approach is that this whole thing wraps around a game.”

The game is about halfway through development and will be released toward the end of the year. (The screen shots are not final and are from the current working prototype). Meehan describes the game as more elaborate than Minecraft. You crash-land on a planet and have to try to terraform it. As you go, you can learn to create creatures and lifeforms on the alien world. The code is executed in a cloud-based server, and the kids learn XML and Java programming, which Meehan says are most appropriate for kids. It’s a different approach from other coding aids such as Code Academy or DreamBox Learning.

Meehan founded the company in November with funding from SRI and Horizons Ventures. Before that, he had been part of the Horizons Ventures team and was a former board member on both Spotify and Siri. He was the leader of a group that created an award-winning 3 Skypephone in 2007 and also the INQ1 handset. His current team includes veterans of video game companies Rockstar Games, Konami, Sony, and other firms. 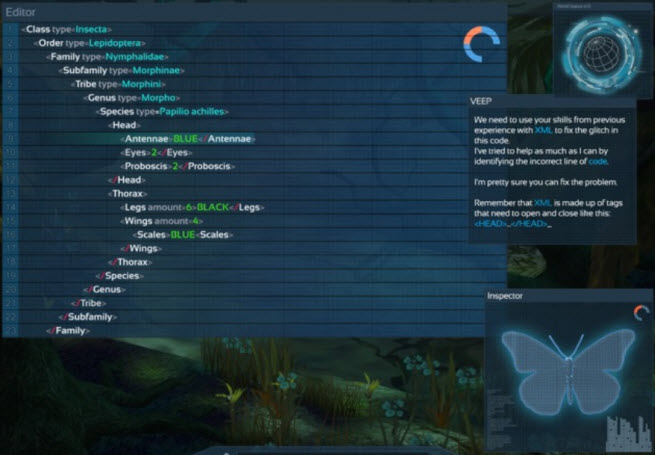