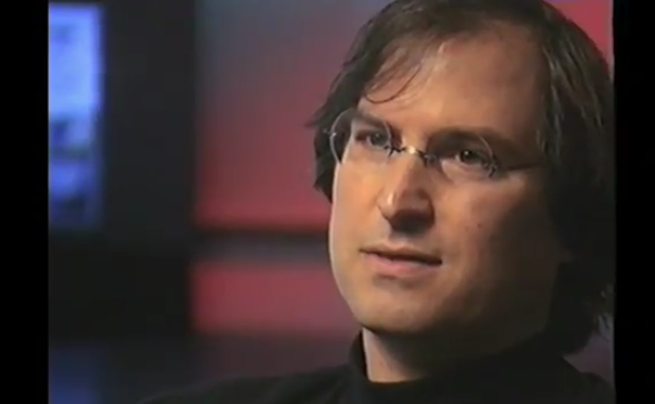 The July 4 holiday presents an opportunity for people within the U.S. to take some time off, eat hot dogs, and relax, but it’s also when you’ll be able to grab at least an hour to yourself.

We suggest using that time wisely by heading over to iTunes to rent the Lost Interview with the late Apple co-founder Steve Jobs, which is available for U.S. users today.

The interview was originally shot by Robert Cringely for the Triumph of the Nerds PBS series in 1995. Only 10 minutes of the interview was used in the series, with the excess footage thought to be lost. However, someone found the original tapes, which have since been restored and produced into a 70-minute film that played in Landmark theaters back in November, as VentureBeat previously reported. And now you can watch the “Lost Interview” film for $3.99 in the iTunes store.

The film covers several subjects, including Jobs’ early days plotting the future of the personal computer, his views on the Internet, how he learned the business world, and more. (If you’d like to know more, VentureBeat’s very own Devindra Hardawar wrote a great review of the film when it was initially released.)

We’ve embedded the trailer for Steve Jobs: The Lost Interview below.