Nike. Oracle. United Airlines. Each of them are huge, successful companies, but the last thing you could possibly associate with them are video games. Yet they are all using gamification — the method of applying game mechanics and philosophy to nongaming applications in the real world — to not only increase consumer engagement with their products but for educating and motivating their employees as well.

They and many other like-minded companies were at the third annual Gamification Summit recently held in San Francisco. Hundreds of attendees spent three days learning and networking with some of the top minds in the gamification industry.

While it’s a topic that encompasses a wide range of fields — government, financial institutions, education, entertainment properties, health care — there were a few common themes they all shared at this year’s GSummit. Here’s a look at the ones we found to be the most crucial for the future of the industry:

Gamification is here to stay 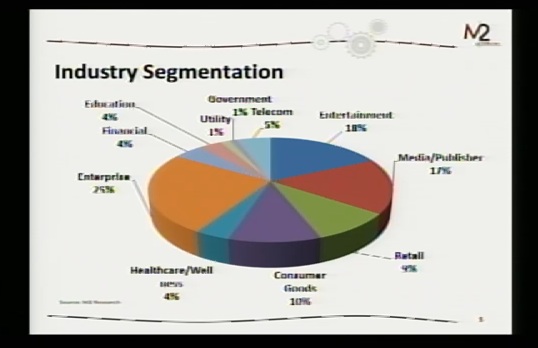 “We estimate that in 2012, the market right now is going to be about $242 million, over 150 percent growth from last year,” said Wanda Meloni, the founder and president of M2 Research, during a speech covering the latest trends in gamification. “In 2016, we estimate it [will be] at over $2 billion.”

For Gabe Zichermann, the CEO of Gamification Co and chair of the GSummit, this type of accelerated growth was one of the reasons why the conference was started in the first place. “[I saw that] people were doing gamification across so many different industries…and I was like, you know what? We really need to get everyone in a room together,” he said during an interview with GamesBeat. “And even though the target markets might be different, the objectives might be different, and the design patterns [might be different], at the core, they’re all just trying to create engagement with people and change their behavior.”

The U.S. isn’t the only country to host to a gamification summit this year: Zichermann already has plans to bring this dialogue to both Australia and Germany, albeit on a smaller scale, in just a few short months.

Gamification has to  feel authentic to the audience 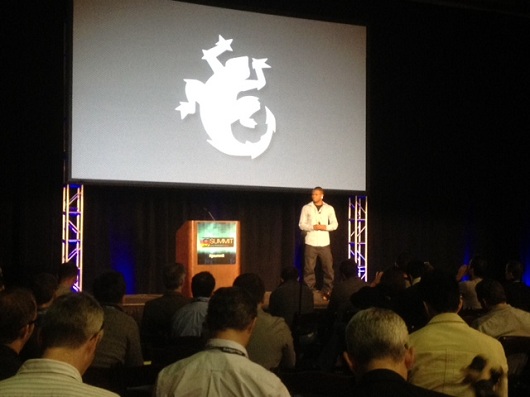 While the conference was home to a variety of interesting speakers, none was as dynamic and crowd-pleasing as the talk given by Chamillionaire, the Grammy award winning hip-hop artist and entrepreneur who is using gamification as a way of rewarding his fans for their loyalty. “Yesterday, when I walked into 24-Hour Fitness, this guy was like ‘Hey man, I’m your biggest fan! When are you dropping your new mixtape?’” he said during his talk. “And I was like, ‘Wait a second, I just dropped a new mixtape! You’re not my biggest fan…. What number are you on [the leaderboards]?’”

Developed in conjunction with BigDoor, a company that helps clients customize a gamified rewards program, Chamillionaire’s Chamillitary social network will seem familiar to anyone who has ever played multiplayer in Call of Duty. Almost every action on the site is rewarded with some sort of badge and ranking, so users can level up to a “Sergeant” or “General” and have their name steadily climb the network’s leaderboards.

“I don’t know what it is. I don’t play [Call of Duty],” Chamillionaire said after his presentation. “But I have little stepbrothers, and they’re super into it…. And the only conclusion I can get from it is that people just want something [interesting] to do. That’s exactly what I’m doing with my website: I’m bringing people that have [similar] interests together and then also letting them accomplish goals.”

A part of what makes this system so successful for him is his genuine passion for interacting and rewarding his fans. “I’m good at articulating to my audience what the badges mean,” he said, “And even when I don’t, I have done so much that they just kind of know. I’m trying to make my brand feel [meaningful]…. Because other artists aren’t going to go through all the stuff that Chamillionaire is going to go through. So whether it’s physical rewards, whether it’s just songs, they just know that I’ve been doing this since back in the day.”

Gamification has to embrace the power of stories 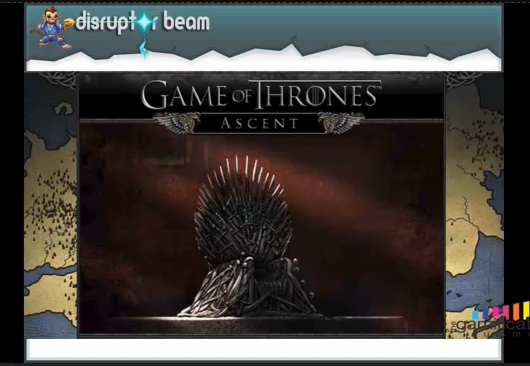 “For the vast majority of cases, people take a license, and they splash this license coat of paint on some existing product and then ship it, hoping they get some massive sales,” he said onstage. “I think that’s the problem with gamification…[people] think they can throw a gamification coat of paint on some existing website and application and end up with a badge or leaderboard, without understanding that those are just tools for communicating a story through the player.”

Disruptor Beam is currently hard at work making Game of Thrones: Ascent for Facebook, a title which Radoff playfully calls an “antisocial” game because of the amount of backstabbing and political deception that the series is known for. While products of gamification don’t necessarily end up as games, Radoff thinks that stories are a crucial part of increasing engagement with users. He believes that if gamifiers can find a way to allow people to share their experiences with others, they’ll keep coming back.

“Gamification is about stories and allowing people to understand what their role is within a story,” he said, “and show them the pathway that allows them to realize that story. Getting through a story [and] understanding a story: That’s fun.”