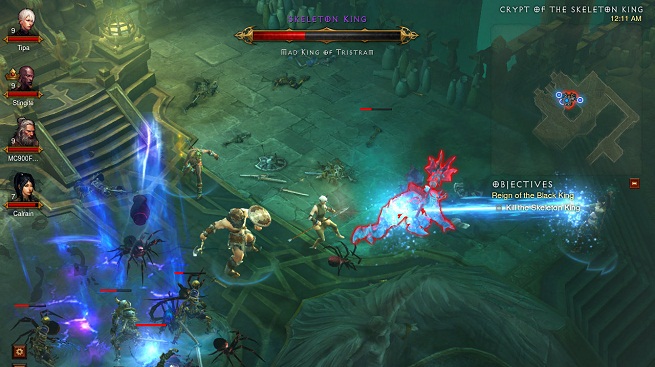 Although the highly anticipated action-role-playing game tussled with overloaded log-in servers and a controversial real-money auction house, it still shattered records and sold more than 3.5 million copies within the first 24 hours of its May 15 launch.

“Hindsight is 20/20 I suppose, but we believed pre-release the item hunt would be far more sustainable and would work as a proper endgame for quite a while,” Whiple said in a separate post. “That didn’t turn out to be true, and we recognize that.”

“Diablo III is not World of Warcraft,” he continues. “We aren’t going to be able to pump out tons of new systems and content every few months. There needs to be something else keeping people engaged, and we know it’s not there right now.”

In addition to promising “many fixes and changes” within the game’s upcoming 1.0.4 patch release, Whiple interestingly promoted the yet-unreleased player-versus-player content packed into the future 1.1 patch as a possible solution but also acknowledged it as a temporary fix for a much deeper issue.

“I think both those patches will give people a lot of things to do and get them excited about playing, but they’re not going to be a real endgame solution, at least not what we would expect out of a proper endgame,” he said. “We have some ideas for progression systems, but honestly, it’s a huge feature if we want to try and do it right and not something we could envision being possible until well after 1.1.”

Many gamers expressed concern over Diablo III’s longevity beyond an endless hunt for increasingly powerful loot, and gameplay statistics such as Xfire‘s player-count tracking seemingly reflect the community’s apparent boredom after conquering the forces of Hell.

What do you think? Are you still playing Diablo III? Do you feel something is missing from its content?