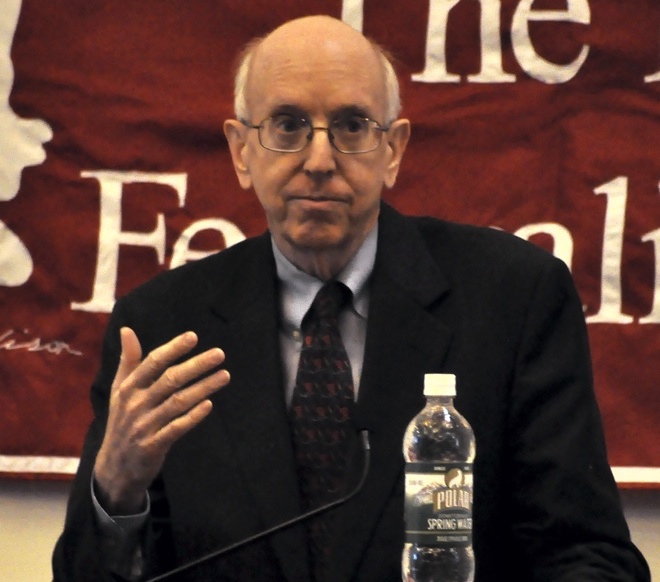 After putting the end to Apple’s epic court case against Motorola Mobility, renowned federal appeals court judge Richard Posner is now wondering whether patents for software (and some other industries) should even exist.

In an interview with Reuters, Posner said that industries like pharmaceuticals have a better claim to patents since discovering new drugs takes a huge investment. That’s less true for software advancements, where companies benefit from being the first to unveil new technology — with or without patents.

“It’s not clear that we really need patents in most industries,” Posner told Reuters, adding that devices like smartphones often have thousands of features protected by intellectual property. “You just have this proliferation of patents. It’s a problem.”

Posner’s comments aren’t too surprising if you’ve been following the Apple v. Motorola case, which he volunteered to oversee. In his order dismissing the case last month, he wrote:

Neither party is entitled to an injunction. Neither has shown that damages would not be an adequate remedy. True, neither has presented sufficient evidence of damages to withstand summary judgment — but that is not because damages are impossible to calculate with reasonable certainty and are therefore an inadequate remedy; it’s because the parties have failed to present enough evidence to create a triable issue.

Posner said he had no interest in joining the smartphone generation. He used a court-issued BlackBerry when the Apple trial began in 2010, which he said made him neutral in the case. He’s since been upgraded to an iPhone, though Posner says he only uses it to check e-mail and call his wife.

Since Posner’s decision, US District Judge Lucy Koh approved Apple’s injunction claims against Samsung’s Galaxy Nexus, which has led to a sales halt of that smartphone. Posner said he hadn’t read Koh’s orders.