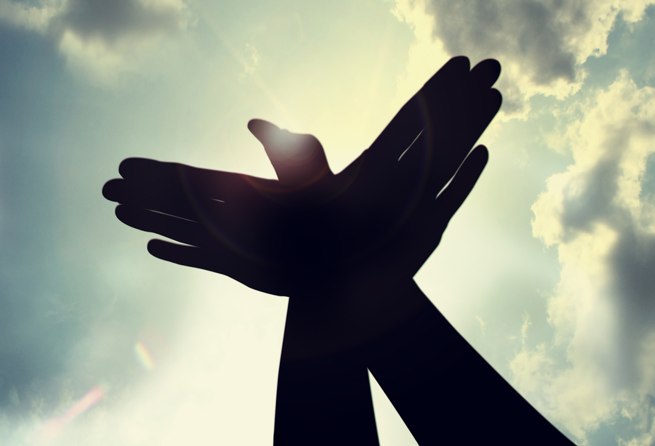 What’s the key to unlocking human potential? Tony Stubblebine, a first-hand witness to the coming-of-age moments of some of today’s most successful entrepreneurs, has always sought an answer to that very question. Now Stubblebine seeks to answer that question for everyone, through Lift, his one-year-old, four-person startup centered around goal-tracking.

“We have a big mission,” Stubblebine told me in a sit-down last week. “We want to make willpower obsolete. We want to have a giant impact on human potential.”

Mind you, Stubblebine told me this while in the midst of celebrated entrepreneur genius. Sitting in a private office at 800 Market Street, home to avant-garde incubator and app house Obvious Corporation, Stubblebine and I were in the presence of Twitter’s famous founders, Evan Williams and Christopher Isaac “Biz” Stone.

Stubblebine is a 34-year-old entrepreneur who’s achieved the type of moderate success most in the area can only hope for. As a part of the original Odeo team — Odeo was the podcasting service that eventually pivoted to become Twitter — Stubblebine has had plenty of time to think about human potential, and watch as others around him achieved greatness.

Colleagues from Odeo, including Ev, Biz, Twitter creator Jack Dorsey (Stubblebine was his boss) and Instagram founder Kevin Systrom (who interned at Odeo), have gone on to become household names in technology. Stubblebine, a well-known name in San Francisco, isn’t there yet, but he is on his way to becoming a better version of himself.

Stubblebine explained to me how the idea for Lift came out of his lifelong interest in helping people become better versions of themselves.

“I’ve always wondered how various athletes became great,” he said. “Kevin Durant. That’s a guy that spends a lot of time in the gym, and it’s not just the time he spends in the gym, it’s the actual things that he’s practicing while he’s there. There are other gym rats. What is it that made him a great athlete?”

“It’s the same with Silicon Valley,” Stubblebine continued. “What is it about those three [Jack, Biz, Ev] that made them so successful? They have a quality; they just pay attention to doing the right thing.”

So Stubblebine, whose better self is a fitter, healthier, nicer, more articulate version of himself, set out to create a system to help others become the best possible versions of themselves.

It’s such a lofty goal that it’s made to look almost unachievable by the simple app that Stubblebine and team are now readying for release.

Lift, a light application for iPhone slated for August release, does little more than help a person track personal goals of their choosing by checking-in to them (and adding a free-form note, if desired) and getting calendar graphs that show progress. Each goal also has a community of people who can leave encouraging messages for each other.

There’s no technology here that will blow your mind. Nor is there a glossy, you-must-touch-me design to behold. No, Lift is so pared-down, so limited in function, that it seems elementary.

But Lift, in its simplicity, could be the tool that wins people over because of its ease of use. Stubblebine compared Lift’s simplistic philosophy for goal-achieving to Twitter, with its 140-character approach to messaging. Twitter, in its earliest days, was often written off and ridiculed for being pointless.

“If you make it simple enough that anyone can understand, then people can keep it in their head as a tool they can use,” he said.

The bigger idea is to make Lift a ubiquitous support system for goals big and small. Dentists, for instance, are always encouraging their patients to floss more, and even providing them with free floss to do so. Lift, said Stubblebine, could become an important part of this process. In his vision, a dentist, in addition to offering advice and floss, would suggest the Lift application to get patients to floss more. The patient can then return in a few months time and proudly show off his progress. (Fun fact: 20 percent of Lift users check in to “flossing.”)

“Lift is a tool that anyone can hand out and say, ‘this how you achieve your goal,'” said Stubblebine. “‘I told you what to do. Here’s a support system for it.'”

Lift’s retention numbers are also quite high, showing that its approach to creating a tool people will actually use may be working. Fifty percent of Lift users who check in once are still using the application one month later, Stubblebine said.

Obvious though the idea behind Lift may be, the startup will face an uphill battle in finding a place on iPhone owners’ devices. Health and fitness apps litter the App Store, each fighting for recognition, and all screaming for attention by promising better looks, a perfect body, or the ideal food plan.

That’s not the Lift way.

“I think a lot of people are … in this space for health reasons, saying, ‘We really want the world to be healthier.’ We’re … sitting above that,” Stubblebine said.

Lift currently has a small beta group of 100 users, which includes mostly friends and family members. The company will release the app on iPhone in August.