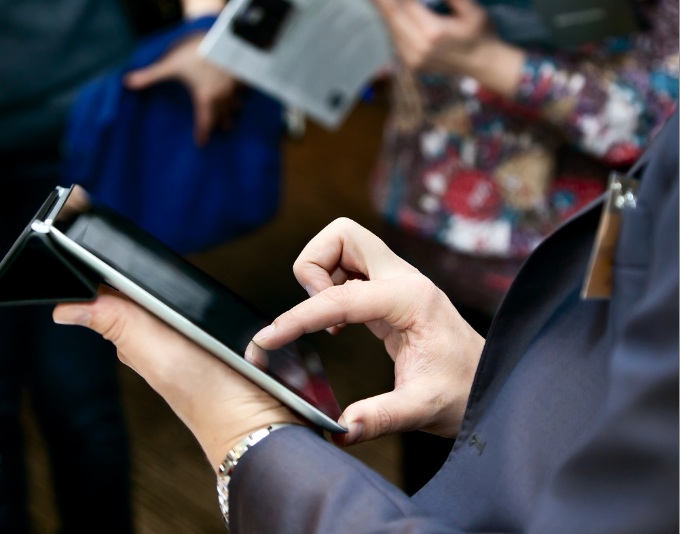 Do you get the feeling apps are getting dumber? They are, and that’s a good thing. Behind the surprising simplicity of some of today’s top apps, smart developers are realizing that they’re able to get users to do more by doing less. A new crop of companies is setting its sights on changing the small behaviors in your life, hoping to reap big rewards.
They’re using the best practices of interaction design and psychology to build products with your brain in mind. Here’s how they’re doing it:

Be a Feature
Famed venture capitalist Fred Wilson insists that successful mobile products need to do just one thing well.

App designers often forget the speed and attention constraints people experience while using their products. Testing your app in the office, while it’s connected to wi-fi and is the focus of your attention, hardly represents the hectic, real-world conditions experienced by most users. Mobile services not only compete for our attention with the other umpteen things we could do with our smartphones but also have to vie for our focus with the many offline distractions associated with life on the go.

For example, Voxer‘s simple walkie-talkie interface gives new functionality to the smartphone by replicating the “push to talk” experience within the app. Its few options give users limited functionality but focus on the one thing the app is built to do — send short audio messages.

Mobile apps need to get users in and out of the service quickly. By thinking of the app as a facilitator of a single feature as opposed to a rich experience, developers can trim away the steps and options typical of an onerous, and ultimately unused product.

Build it Easier
Of course, if an app does too little, even if it is a simple feature, users will not find it valuable. In order for developers to create the kind of engagement necessary to grow a substantial business, the software must to make a core behavior substantially easier.

Changes in interfaces, such as the one now occurring in the switch from desktop to mobile computing, create new opportunities to make user experiences significantly easier than before. For example, just think how much more often you communicate with people now that the technology to do so is with you at all times.

The next wave in mobile computing will move beyond the phone. Several companies are anticipating a world where users wear devices to make difficult behaviors much easier. LumoBack, a company now money on Kickstarter, has built a new way to improve users’ posture. [Disclosure: LumoBack co-founder Charles Wang is a close friend.] A device, worn like a belt around the waste, sends data to an avatar named Lumo on the user’s phone. When he or she slouches, so does Lumo, providing immediate, actionable feedback.

Make it a Habit
The importance of forming new behaviors will not be limited to health and wellness applications. To stand out from the home-screen clutter of a typical user’s phone, app designers must ensure they can quickly create user habits.

Developers are increasingly focusing on how to create repeated user engagement as they realize that viral growth is difficult on a tightly controlled platform like Apple’s. To make the numbers work out profitably, developers must keep the users they have by pushing down churn rates.

Evernote’s smile graph demonstrates how the company increased its value to users the more they used it. The habit of capturing notes in Evernote increased the utility of the service. Entering notes while on the go made retrieving them from the desktop more valuable.

Of course, there are no guarantees in building a new business. Mobile app development is still in its infancy, and as new interfaces evolve, so will the opportunities. However, as more developers realize that their success hinges on understanding user behavior, the principles above will prove important.

The success stories of tomorrow will not come from the most elaborately ornate apps, which try and solve all of the customer’s needs and wants. Instead, it will come from smart developers, building simple, elegant solutions.

If you’d like to hear more on this subject, come see me on the “Designing for the Mobile Brain” panel at the MobileBeat conference in San Francisco on July 10.

Nir Eyal is a founder of two startups and an advisor to several Bay Area companies and incubators. He is a Lecturer in Marketing at the Stanford Graduate School of Business and blogs about the intersection of psychology, technology, and business at NirAndFar.com.