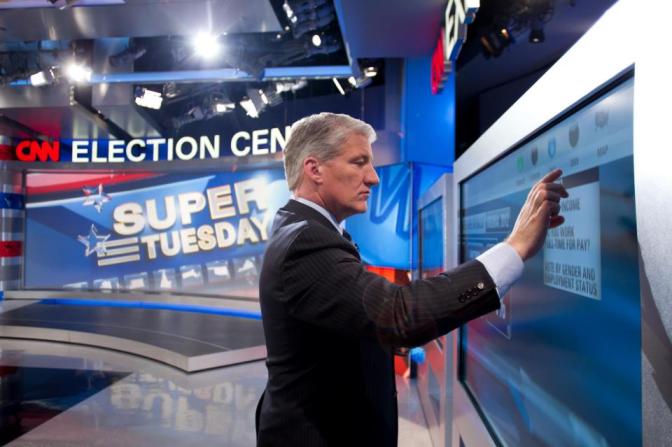 Your Facebook newfeed is about to get a whole lot more political.

This fall, Facebook will team up with CNN to bring Facebook users closer to the election action with a trio of new initiatives.

One of the new plans is “I’m Voting,” a Facebook app that will allow politically-minded users to declare their stances on major issues and candidates. For not-so-political Facebook users, this means a lot more political activity in their news feeds, timelines, and tickers.

Along with the app, CNN will measure how Facebook users are talking about the presidential candidates and their running mates. The network says it can also measure this buzz on a state-by-state basis. CNN also plans to survey users around some of the larger political events later this year.

With 160 million users, Facebook’s U.S. population represents over half of the country, and while not all of those users are of voting age, it’s still a massive number. So it makes sense for CNN to tap into the network.

Social networks like Facebook and Twitter have taken an increasingly large role in CNN’s coverage, as they allow the network to peer more closely at the real-time reactions of its viewers. The move with Facebook takes that relationship one step further, giving CNN a stronger connection with the thoughts of huge numbers of voting-age Americans.

Expect to see a lot more Facebook in your CNN (and vice-versa)  in the coming months.