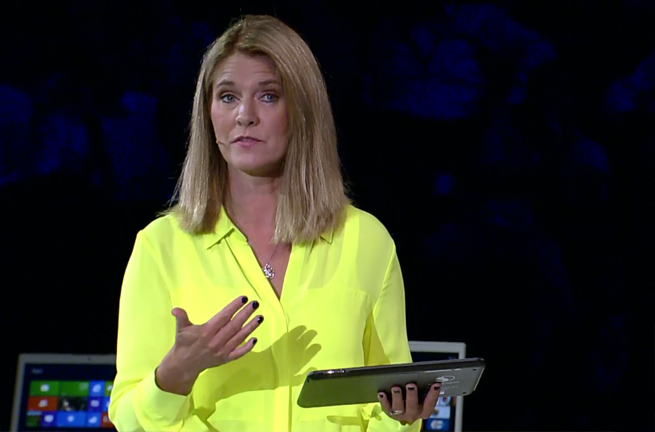 Microsoft has announced that it expects its upcoming Windows 8 OS will be available to consumers starting in “late October,” with manufacturers receiving Windows 8 in August to prep for the launch.

Speaking at Microsoft’s Worldwide Partner Conference, Vice President Tami Reller (pictured) showed off an array of Windows 8 devices and announced the dates. Microsoft has been quiet until now about its dates for Windows 8 and Windows 8 RTM (Release to Manufacturing), but many expected these would come in the next few months.

Microsoft also recently announced that Windows 8 Pro will cost just $40 to upgrade from 7, Vista, and XP, a radical price drop from past Windows upgrades. It’s clear Microsoft realizes Windows 8 is a major change to how people use Windows, so consumers will need a little push, starting with a surprisingly reasonable price.

The company also took the opportunity on stage to announce its decision to acquire large-scale tablet maker Perceptive Pixel.