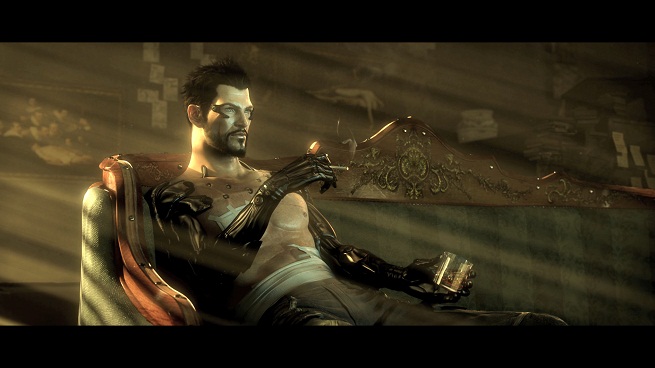 CBS Films acquired the rights for the Deus Ex: Human Revolution adaptation today along with a collaborative project oversight in conjunction with developer Eidos-Montreal and publisher Square Enix.

Variety reports the popular cyberpunk role-playing game’s grizzled antihero Adam Jensen takes on the role of an augmented ex-SWAT officer in the film instead of a corporate security specialist.

“As is clear from the wild success of the game, Square Enix and Eidos-Montreal know how to exceed their audience’s expectations by engineering incredible worlds,” CBS Films co-president Terry Press said. “No one knows Human Revolution like the team that created it, and we look forward to working with them from day one to make a film adaptation worthy of the Deus Ex name.”

Adrian Askarieh, the producer of the Hitman, Kane and Lynch, and Just Cause adaptations; and Roy Lee, who was previously involved with the U.S. remakes of The Ring and The Grudge, both signed on as co-producers of the project.

“As the millions of fans who played the Deus Ex games for more than a decade will tell you, these games catapult you into a universe that is stimulating, engaging, and relevant,” Square Enix Europe president and chief executive officer Phil Rogers said. “We’re firm believers in building strong partnerships, and we’re thrilled to work with CBS Films on bringing the unique Deus Ex experience to the big screen.”

Released on August 23, 2011 for the PC, Xbox 360, and PlayStation 3, Deus Ex: Human Revolution sold over 2 million copies within its first month on shelves and garnered widespread critical acclaim. Set in 2027, the game explores the blurring line between technology and humanity across deep corporate conspiracies and an intricate social conversation system.