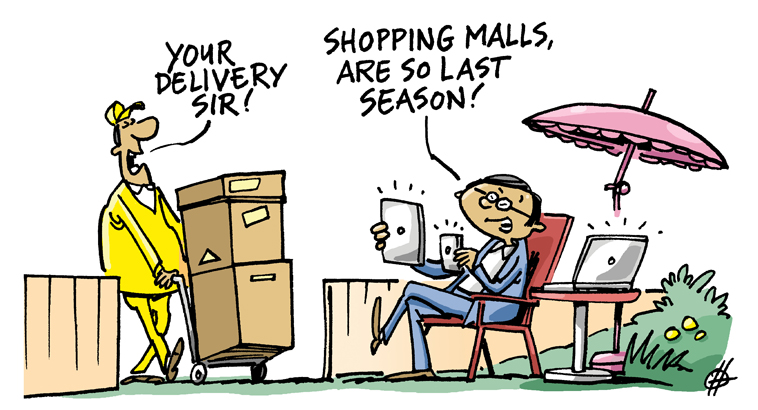 Secure in our digital enclaves with high-speed WIFI powering smart TVs, smartphones, smart appliances, and even smart toilets, we tend to think we’re pretty technologically sophisticated in the Western world. Which just goes to show how easily we are being leapfrogged by “developing” nations that have gone mobile and digital faster, in some ways, than the U.S.

That’s one of the conclusions of a new report commissioned by consulting and outsourcing company Capgemini. The company interviewed 16,000 people in both mature and developing nations to understand today’s digital shopper.

For example, 72 percent of shoppers in India and 69 percent in China say they’re more likely to buy more products online in a single shopping spree than in a physical store. That compares to just 31 percent in the U.S.

In addition, more than three quarters of respondents in China characterize themselves as either social digital shoppers or digital shopaholics. Only 14 percent say they’re techno-shy or only occasional online shoppers … but the corresponding number in the U.S. is 27 percent.

Part of the reason is infrastructure, says Girouard. Developing nations don’t necessarily have the entire shopping ecosystem that mature economies often have, with malls, superstores, and strip malls. But also, Capgemini found that developing nations tend to to skip our historical approaches in favor of the latest tools and formats … especially mobile. 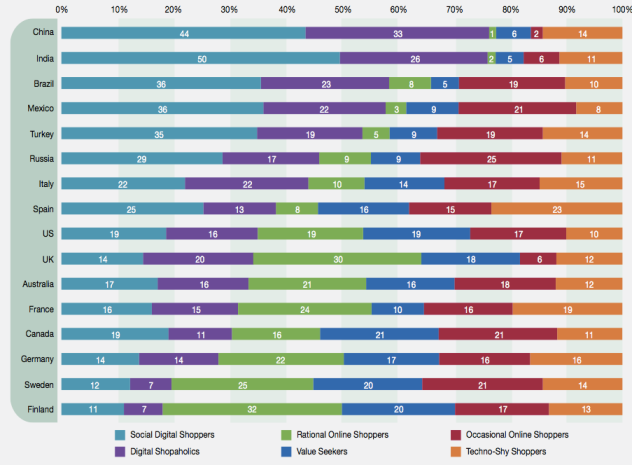 Above: Digital shopper segments by country

Across all countries, half of respondents believed that physical stores are destined to become simply showrooms in the next eight years. But in mature economies the number was only one-third, meaning that more than half of those in developing countries expect traditional stores to die.

That’s problematic, of course, for those with a stake in traditional retail. But Girouard still sees a future for stores:

“Large amounts of in-store stock will not be as necessary as shoppers become more comfortable with having their purchased items delivered to their location of choice at a time convenient to their schedule … having a shopper — potential buyer — in your store is a tremendous advantage, and retailers must provide an inspiring experience or “inspirience” for the shopper.”

“While only about half of shoppers expect the use of social media and mobile apps for shopping to increase significantly in the next three years, the number is considerably higher in developing markets and among young shoppers as well as digital savvy shoppers who are already using digital channels and devices, and those shopping for high-end products like electronics.”