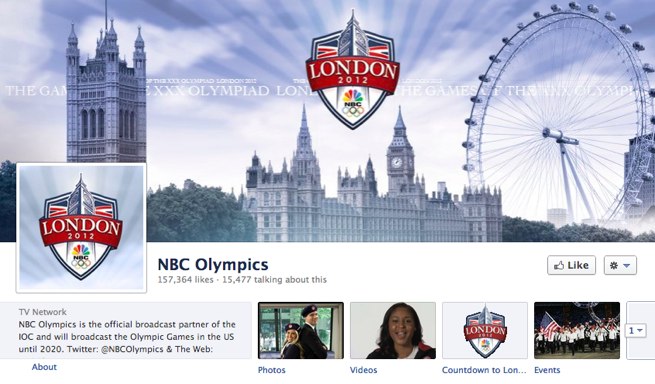 Recognizing that Facebook has become the people’s broadcast network, NBC Olympics, the official broadcast partner of the IOC, has today partnered with Facebook to provide consumers with London 2012 Olympics news and other coverage on Facebook, create social media segments for television viewers, and incorporate Facebook intelligence into its coverage of the Games.

“NBC is committed to engaging fans and consumers on every platform,” NBC Olympics president Gary Zenkel said in a press release. “Social media is an important part of how fans consume and interact during the Olympics. We are thrilled to be collaborating with Facebook to serve fans as they watch and celebrate the London Olympic Games.”

As a part of the deal, the NBC Olympics Facebook Page serves as the social media home of breaking Olympics news and includes photo galleries, polls, and trivia questions. The Page also incentivizea Facebook users to “like” it for exclusive content and encourages fans to share and distribute Olympic Games content with the rest of Facebook’s more than 900 million active active users.

NBC Olympics and Facebook, through the partnership, have agreed to produce social media segments to air during television broadcasts on various NBC Universal networks. NBC will also employ a specially crafted Facebook data tool called Talk Meter to inform its viewers about the stories, results, athletes, and events that are bubbling up on the social network.

The partnership also extends to the NBCOlympics.com site, which now features a Facebook Timeline application for more widespread distribution of content. The Timeline application, once enabled, enables users to automatically share their viewing and reading behaviors on the site with their friends on Facebook.

“With the Olympic Games being one of those rare cultural moments that everyone talks about, people will watch the games on NBC and engage with their friends and favorite athletes on NBC Olympics’ Facebook page,” Facebook strategic partner manager Andy Mitchell said in a statement. “NBC’s viewers will get to see what Olympic athletes and others connected with the Games are talking about on Facebook, adding a new element to NBC Olympics’ coverage.”