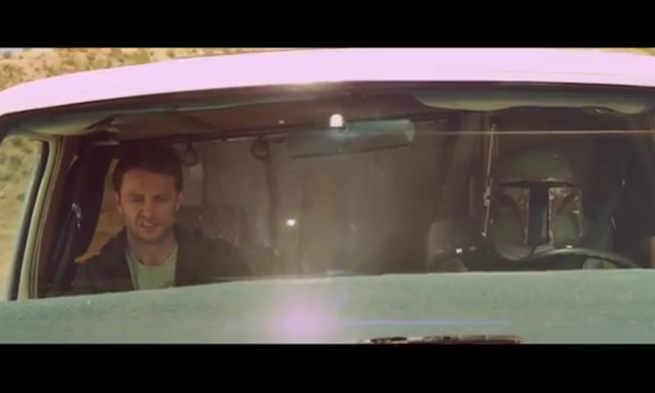 Updated with commentary about the acquisition from Nerdist founder Chris Hardwick. (Scroll to the bottom of the post)

Founded by television personality and former G4TV correspondent Chris Hardwick and GeekChicDaily founder Peter Levin in 2011, Nerdist produces various original videos, weekly podcasts, TV shows, and news content about stuff you’d expect to find in a comic book shop or international comic convention. The company is also one of YouTube’s premium content partners, producing original videos for a Nerdist-branded YouTube channel, such as the recent Course of the Force short film. Nerdist brings in an audience of around 15 million per month across multiple distribution channels.

“The plan is that in addition to the existing stuff we (meaning Nerdist Industries) make, we’ll have the resources to make more and bigger things,” Hardwick told VentureBeat in an email. “Several people have asked me if the podcast is going away and the answer is NO. I love doing that show. And how else would I get to catch up with the sister-wives (Matt Mira & Jonah Ray)??”

As part of the acquisition deal, both Hardwick and Levin remain with the company and report to Legendary Entertainment COO Tim Connors. They also take on the title of co-president, with Hardwick focusing on digital content and Levin involved with digital strategy. Nerdist also retains complete editorial autonomy and operations, while utilizing Legendary Entertainment’s resources.

The announcement comes days before the kickoff of the 2012 San Diego Comic-Con International, which is arguably Nerdist’s Super Bowl in terms presence. It’s also an obvious strategic move to gain some attention for the deal going into Comic-Con.

We’re reaching out to Nerdist and Levin for further comment and will update the post with any new information.

Update 7/11/2012 – 4:10 a.m. PST: We were able to get in touch with Nerdist Founder Chris Hardwick yesterday to explain why the company’s acquisition is a good thing, and how he plans to keep the company true to its independent original web content roots.

VentureBeat: So, what exactly does this acquisition mean for people who just enjoy watching/listening/reading content produced by Nerdist Industries?

Chris: I don’t think it will feel any different, truthfully. The plan is that in addition to the existing stuff we make, we’ll have the resources to make more and bigger things. Several people have asked me if the podcast is going away and the answer is NO. I love doing that show. And how else would I get to catch up with the sister-wives (Matt Mira & Jonah Ray)??

VB: Hypothetically speaking can you give me a scenario where you and Peter would really need to exercise the “complete editorial autonomy” at Nerdist? (I mean, you guys don’t exactly have New York Times’ necessity to uphold the first amendment. All I can think of is that you two would want to veto any attempt to have Nerdist Industries produce a student-version of COPS that’ll play 18-hours a day on your YouTube channel).

Chris: The point of “complete editorial autonomy” means that Legendary won’t a) force any editorial agenda on us or b) tell us how to run Nerdist. In that sense, they’ll be invisible to the audience,  we’ll run like an independent company, and I’ll continue to make all of our creative decisions. It’s gonna be the BEST Summer EVERRRR!!! [cue Stan Bush’s “You’ve Got The Touch” from 1986’s animated “The Transformers: The Movie” while punching air repeatedly]

VB: But seriously, why was this important to you guys? Would you have walked away from the deal if Legendary Entertainment wasn’t promising editorial autonomy?

Chris: Absolutely. I have no problem saying no to things. The first 2/3 of my career was devoted to taking jobs out of fear to survive and I vowed never to do that again. I now have the luxury of only working on things I legitimately care about and with nice people whom I respect. If Legendary had wanted to phase us out or bring people in over us at Nerdist, I can tell you with 100% certainty we wouldn’t have done it. Pinky swears! But thankfully that wasn’t the case.

VB: How much did Legendary pay to buy the company?