Or costing you more, if you’re Mario Andretti in a minivan. 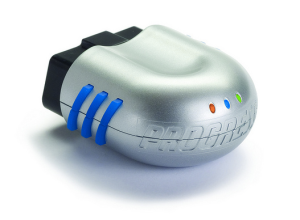 Progressive’s system, called Snapshot, works by plugging a little electronic dongle into your vehicle. Previously only available to select Progressive clients, Snapshot is now available to all clients … and customers of any other insurance agency.

Snapshot uploads that data to Progressive via the cellular network, and from those three driving behaviors, Progressive can assess your accident risk much more effectively than before.

“Until now, insurers had no effective way to capture actual driving behavior and factor that into the rates they could offer,” Progressive chief executive Glenn Renwick said in a statement. “But we have made a meaningful start toward personalized insurance pricing that’s based on measuring real-time driving behavior.”

In testing the program, Progressive said 70 percent of drivers who sign up for Snapshot actually save money, averaging $150 in annual savings. More than a million drivers have beta tested the device, saving more than $70 million so far. 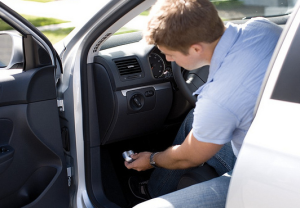 The question is, of course: are already-safe drivers choosing the device, or is the device making drivers safer? Perhaps both, according to Progressive:

“Snapshot is an optional program, which tends to attract safe drivers — as evidenced by the fact that seven out of ten save,” a company representative told VentureBeat. But, the spokesperson added, “drivers with the device in their cars tend to be more aware of their driving overall.”

After a month of usage, drivers can go online to check their stats … and get a new quote, potentially saving them money.

What if Snapshot decides that you are a bad insurance risk? Will your costs go up?

According to Progressive, no: the program is discount only, and no current Progressive clients are charged more. Non-clients will get a quote which they can take or leave.

Those who have accidents are subsidized by those who do not. If all safe drivers, who rarely crash, start using Snapshot or similar devices, insurance rates for those who do crash and are not using the device would, inevitably, have to rise at some point. When that happens, it might be better to be classified in the safe pool than see skyrocketing insurance rates.

And it’s hard to argue that this wouldn’t be fair.