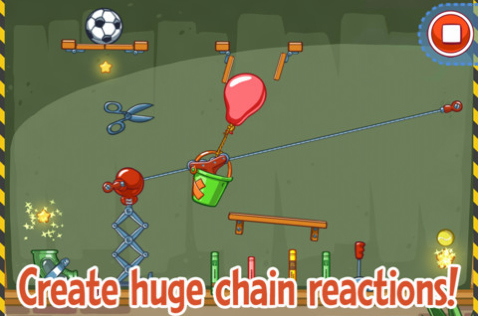 Amazing Alex, a new physics-based puzzle game for Android and iOS devices, is out now. It’s the newest game from Rovio, the company that received over a billion downloads thanks to the megahit Angry Birds.

This is the first major release from Rovio since their release of the Angry Birds games, and many gamers (and analysts of mobile gaming) wonder if the company can net a similar amount of attention — and profit — from this new title.

Rovio unveiled Amazing Alex this past Tuesday at our GamesBeat 2012 conference. The new title has players using everyday objects to create Rube Goldberg-style machines to solve a series of challenges. Players can also create and share their own levels.

The iPhone and Android versions costs 99 cents, while the iPad app goes for $2.99.