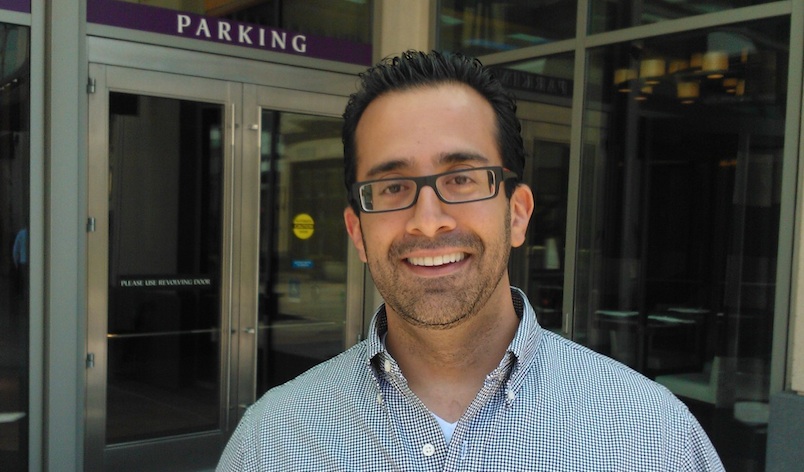 After playing coy and dropping hints for weeks, Microsoft has finally announced its newest incubator, the Bing Fund.

The Bing Fund will invest $50,000-$100,000 in early-stage startups, through standard convertible notes (loans that convert to equity at Microsoft’s option). Additionally, Microsoft will provide its startups with four to eight months of advice, design and development help, discounted access to Microsoft’s Azure Data Marketplace APIs, and introductions to potential partners or customers. The startups will also have the option of using office space on Microsoft’s Bellevue, Wash. campus, in a special section nicknamed the “Bingcubator.”

“Our intent is to roll up our sleeves and help entrepreneurs take their early-stage prototypes to scalable products,” said Rahul Sood, the general manager of the Bing Fund, in an interview with VentureBeat yesterday.

By offering more than just cash, the Bing Fund joins an increasingly large array of incubators and accelerators aimed at helping entrepreneurs get off the ground. The success of accelerators like Y Combinator, 500 Startups, TechStars, and others have given rise to many regional and company-specific spinoffs. Microsoft, with its huge pools of talent and other resources, is in a good position to jump on this trend.

The Bingcubator is separated from the rest of the Microsoft campus and will have separate keycard access, so startups won’t be completely assimilated into the Borg. That’s an important requirement for Sood, who says he wants the startups to maintain their own, independent cultures. However, one of the advantages of Bing Fund investment is that Sood will set up a network of mentors for each startup, drawing from experts across Microsoft, including product experts, marketing experts, or scientists in Microsoft Research.

At the end of the incubation period, Microsoft hopes to help the companies find their first round of venture funding through its venture capital partners — or perhaps acquire them itself.

Sood and his team of about a dozen people are looking for companies in the online space that have a working prototype and a small team in place and that are ready to expand. Many will have completed programs at accelerators like TechStars or Y Combinator, and in fact Sood says he’s currently considering two or three companies in Microsoft’s Kinect accelerator. Despite the name, the Bing Fund doesn’t require its companies to work with the Bing search engine or the technologies associated with Bing, including speech recognition, image processing, video, local/geo/map technologies, and so forth.

“We will invest in startups that we feel are doing disruptive things online,” Sood said. Additionally, he’s looking for companies that have a long-term potential to be Microsoft partners or acquisitions.

“We’re not going to take on someone’s landscaping business or invest in a carwash,” he said.

The Fund is the brainchild of Sood, who joined Microsoft in January, 2011. Earlier, Sood was working for Hewlett-Packard, which had acquired his company VoodooPC, a boutique maker of high-end gaming computers, in 2006.

I asked Sood if it was a little odd that he found himself working for Microsoft after all these years. Voodoo made its reputation with aggressively-styled PCs, emblazoned with tribal tattoo-like designs and bright colors. It was fiercely independent, and was, until its HP acquisition, one of the few PC makers still assembling computers in North America. After being an independent entrepreneur for years, how does he feel going to work for a giant, decidedly un-cool corporation like Microsoft?

“I was completely blown away. This company is unbelievable. There are so many smart people here,” Sood said. “The perception of Microsoft on the outside is completely different from what it’s like on the inside.”

“I think the number one reason I love Microsoft is we have a living founder and chairman who’s dedicated his life to making the world better,” Sood said. “His legacy and energy still walks the halls of this company. Microsoft is really good about letting entrepreneurs find their way in the company — you just have to figure it out. But once you do, this place is amazing.”