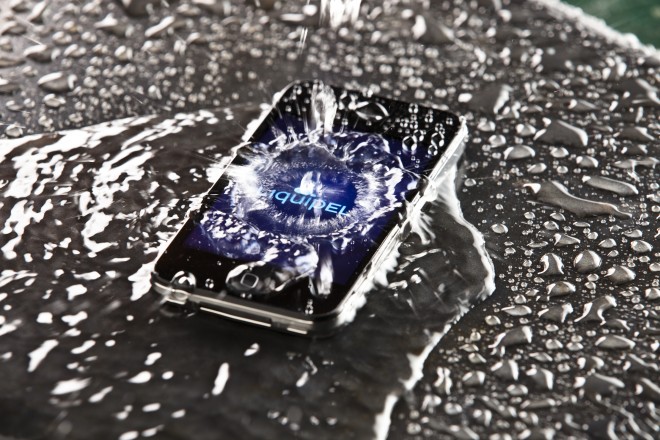 Liquipel, a company that produces waterproof “nano coating” for phones and other electronic devices has raised around $10 million in its first round of funding.

The technology is applied to electronic devices and protects the hardware against water. While it won’t save a phone from full-on submersion, the protective layer which is invisible to the naked eye, can keep rain, spills, and short-term soaks from making major damage. It is compatible with a number of Apple, Motorola, Samsung, and HTC products.

This is Liquipel’s first SEC filing, with the investment being listed as equity. No other information has been disclosed. The company’s Form D has an amendment that states “Estimation of valuation among the parties of contracts and other assets exceeds $10,000,000.” Whatever that means.

On April 26, Liquipel won a Silver Award for Enhanced Functionality in the Material Science category at the 2012 Edison Awards, an innovation competition held in New York City. It also made a splash (pun intended) at this year’s Consumer Electronics Show in Las Vegas, and earlier this year, it announced at the Mobile World Congress in Barcelona that it had struck a licensing agreement with Australia’s Vita Group, expanded operations to Brazil and China, and added six new board members.

The company is based in Santa Ana, California and was founded in 2011. It faces competition from companies like HzO and NeverWet, which also showcased at the Consumer Electronics Show, where waterproofing gadget technology was a major theme.