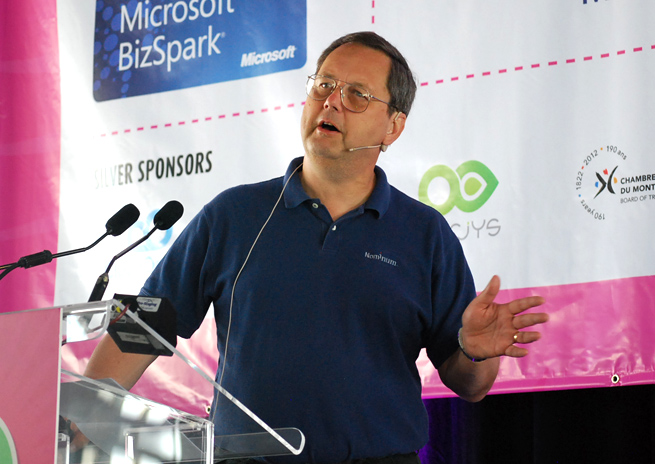 When Paul Mockapetris invented the Internet’s Domain Name System (DNS), he had no idea his creation would come to shape parts of the web for many years to come. But because he started simple and had a future-looking plan, his concept worked. He thinks startups should follow the same principles.

Mockapetris spoke today to a crowd of startup founders and employees at Montreal’s International Startup Festival, espousing three lessons he’s learned since he tinkered with and wrote the first implementation of DNS in 1983.

Mockapetris said startups need to focus on simplicity and an easy-to-convey concept. In this search for simple, “complexity is your enemy,” he said.

“Don’t be clever if you don’t need to be,” Mockapetris said. “The customer needs to understand the interface, not the inner workings.”

Even as you develop a simple concept, Mockapetris noted, there will ultimately be flaws you encounter.

Lesson 2: Have a plan you can actually explain

Planning is especially important, Mockapetris said. But the first step is to develop a plan that can be easily explained to all kinds of people (including grandmas).

He said people have asked him many times about why the original implementation of DNS didn’t include security, but he said that he was starting simple to execute the idea. The original DNS took three years to launch, while completing the vision of DNSSEC has been happening for 25 years and counting.

“The Wright brothers didn’t have a bathroom or drink cart on the original airplane,” Mockapetris said. “You can add features later.”

Mockapetris’ final advice for startups was to have a plan for the future and a way to expand their system or product. He said that you shouldn’t design a system where every possible use is specified because that limits your creation.

He showed the following slide to explain how your simple idea can evolve and add more features as the power of technology increases over time. 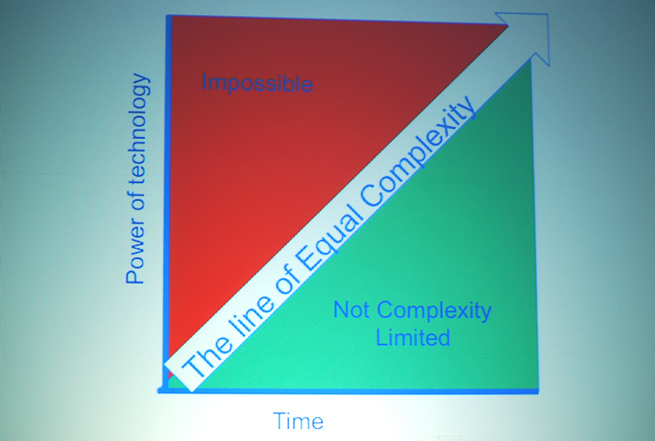 But as you come up with ways to extend your product’s use, other people will take what you create and do “wonderful and awful” things you never imagined.

“The future will extend and desecrate your baby,” Mockapetris said. There’s always the possibility of misuse.”

While Mockapetris did not mention the DNSChanger virus, which infected millions of PCs during the past few years by changing a computer’s DNS entries to point toward rogue servers, it easily applies to his lesson.