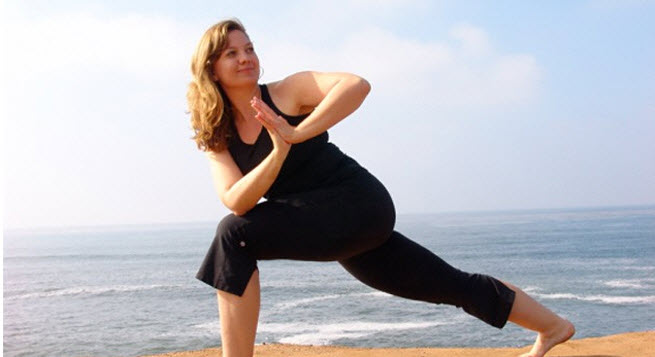 Yoga instructor Alice Van Ness made headlines this week because she was canned from her job teaching classes at Facebook, after she tried to silence a student from using her cell phone during a class.

The incident was one more example of how social etiquette isn’t in step with the rapid advances of the digital age. It raises the question: Is it OK to text or talk on your phone in certain places? The movie theater is not OK. But what about a yoga class?

Van Ness (pictured) was teaching yoga at the Facebook Fitness Center last month when one student began using her phone while Van Ness was demonstrating the difficult half-moon pose. Van Ness didn’t say anything, but she gave the student a look of disapproval. The student later complained, and it cost Van Ness her job with Plus One Health Management, the company that operates the gym at Facebook’s Menlo Park, Calif. office.

Plus One Health Management told the San Jose Mercury News that Van Ness had been told that she could not prohibit cell phone use in class. Van Ness has already picked up new work.

Who do you think was right? Please take our poll.