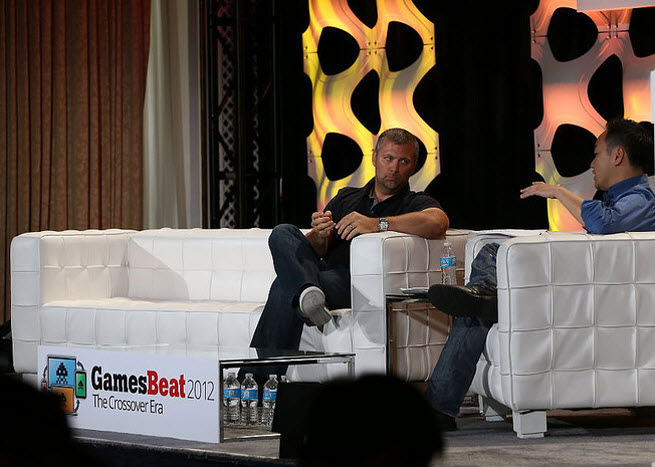 Chris Petrovic (pictured above) is the general manager of GameStop Digital Ventures. His job is to make sure that the world’s largest video game retailer crosses over into the digital era, when gamers are as likely to download a digital game to their computers or phones as they are to walk into a store and buy a disk. GameStop still has 6,614 stores and annual revenues of $49.5 billion. Within a couple of years, the company wants to grow its digital revenues to $1.5 billion a year. The retailer grew its downloadable content sales by 315 percent last year, and it has acquired digital game startups Kongregate, Spawn Labs, and Impulse. Will that be enough for the company to “cross over” to the digital age?

Dan “Shoe” Hsu, the editor-in-chief of GamesBeat, did a fireside chat with Petrovic at our GamesBeat 2012 conference. Here is an edited transcript of the talk.

GamesBeat: As we hear about Gaikai, OnLive, Ouya, and more and more digital distribution, how is GameStop reacting to this? How are you looking at the future? And also, how are you helping developers and helping the consumer? So, Chris, welcome. And first, could you tell us what GameStop Digital Ventures is? 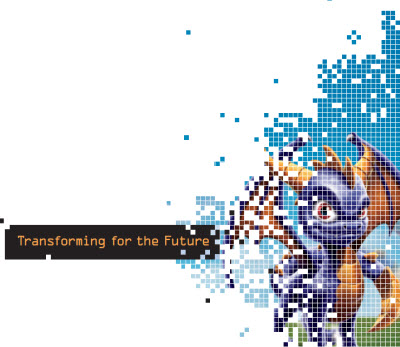 Chris Petrovic: At GameStop Digital Ventures, we’re responsible for the global digital strategy of the organization. More specifically, we focus on new and external opportunities. That’s a fancy way of saying that we look at investments, acquisitions, and strategic partnerships to help drive the overall digital vision for the organization.

We’re working closely with my fellow senior management colleagues back at corporate headquarters in [Grapevine, Texas] to figure out how to best leverage the assets and synergies that GameStop has, to become a meaningful and larger player in the digital space as it evolves this business from just brick and mortar into, I would say, a kind of multichannel hybrid company. Ultimately, our goal is to meet the needs of the consumer, and the consumer is actually driving us and pointing us in a lot of these different directions that we’ll talk about.

GamesBeat: You hear a lot of industry people talking about how the future will be all digital. How does that affect your strategy? Do you see a future where brick and mortar will go away, where traditional retail and physical media will go away?

Petrovic: No. Without putting any time constraints on that kind of prognostication, I guess everybody could be right, that at some point those things could go away. I think one of these things that we in this industry tend not to get right is the chronology of technological advancements. I think gaming in particular has a lot of different dynamics to it that are different from books and music and movies. But at the same time, we’re not…by virtue of the fact that my division exists and by virtue of the fact that we’ve done half a billion dollars of digital revenue in 2011, we’re acknowledging that it’s a major part of our focus and the consumer’s focus.

GamesBeat: How does that half a billion compare to your retail sales?

Petrovic: On an absolutely dollar basis, we’re a public company — you can look at the reports — but we’re about a [$9.5 billion] company overall. For 2011, we reported half a billion dollars in digital sales. When I joined in 2009 it was virtually zero. So when you look at it from an absolute growth basis, obviously there’s a much higher hockey stick on the digital side, but it’s also very nascent. We see it becoming a meaningful part of our business. It already is. I think in 2014, we said we’ll probably do up to $1.5 billion. It’ll probably be 10 percent of overall revenue, but growing much more quickly.

GamesBeat: Have you projected far enough into the future to see where your digital revenues will match your retail revenues?

Petrovic: No, I think that would be, for us, just an exercise in futility. Once you go out beyond a certain number of years, it’s just a finger-in-the-wind prognostication. There are so many variables that haven’t even come to light yet, whether it’s the next console cycle or new platforms. It would be a flawed model at best. 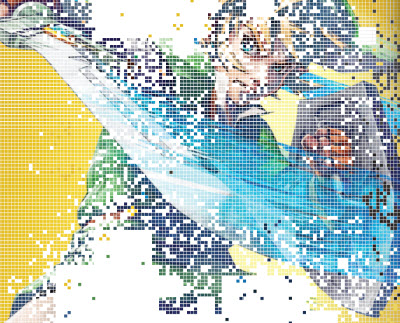 GamesBeat: One of the things GameStop is very famous for is resale. You resell a lot of used products. If we moved to an all-digital world sometime in the future, or a world where digital distribution is dominant in the business, how does that affect your resale business?

We’re embracing of all those things. Many people may know that we’re a very large player in the sales of Android tablets. We have them in about 1,600 of our stores. We developed our own wireless Bluetooth gaming controller. And we’re working with developers to make tablet games controller-enabled because we feel that’s where the sweet spot is for our customer: taking a tablet, connecting it to your big screen, sitting on your couch with a controller, and playing. So we embrace all of these different kind of endpoint devices.

Even though there may be an assumption that more games will be delivered digitally, you still need an endpoint device. The other thing that we realize, too, is that 70 percent of purchases of digital products that are made in our stores involve some other form of payment besides a credit card. So when you think about all of the other ways that you could pay for stuff, when the purely digital platforms are limited to a credit card as the primary means…. We see a lot of people coming in with cash, we see a lot of people coming in with gift cards, and with trade credit. We have an ecosystem that’s very unique in terms of unlocking value that others can’t, and we do that with and for our partners as well as for our own digital platforms.

GamesBeat: The resale business: Can it do well just selling hardware and peripherals?

Petrovic: It’s definitely TBD. But you have to also understand that we have digital platforms that are actually engaged in the distribution and sale of games, whether it’s downloadable PC games or free-to-play social games. We’re working on a mobile initiative to help consumers and developers more effectively find each other. Ultimately, it’s a customer service for us to curate mobile games, as discovery and monetization become more challenging. We know a lot about our customers; we have good insights into what games they want to play. And so creating those kinds of conduits or liaisons between content creators and consumers is still important. We’re also selling preowned iDevices. There’s a huge market for that. We’re selling new Android tablets. So there’s a lot of other stuff out there besides just console games that makes up that ecosystem.