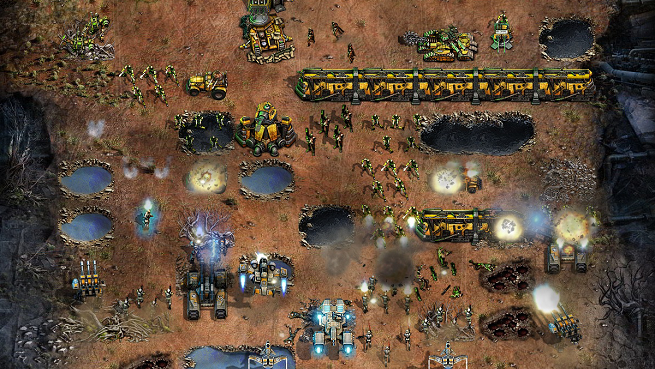 In celebration of this achievement, EA offers a free starter pack of in-game resources Tiberium, Crystals, Credits, and Power for anyone redeeming a code on the official website. That code is HMKV-VWGN-8GEH-6BTZ.

Command & Conquer: Tiberium Alliances is the multiplayer-centric, browser-based version of the esteemed Command & Conquer strategy franchise first released by the now-defunct Westwood Studios in 1995 for the PC. Players vie for world domination across map sectors by spending resources on bases and units such as infantry, tanks, and jets. The game is available on PCs and Macs.

EA also packaged additional statistics into an infographic (see below) detailing the legions of constructed buildings and units and completed missions within Alliances. Each of the 1.6 million bases built crumbled at least three times on average, while nearly 2 billion units saw action on the battlefield (which has to be a logistics nightmare for finding enough room for all those barracks).

Alliance’s success echoes EA’s stronger focus on providing products and services unrestricted by platform, with EA executive vice president of digital Kristian Segerstrale saying, “Our vision is to create seamless play anywhere, anytime. We want to connect all our games across all platforms. That’s the true next generation of gaming.” 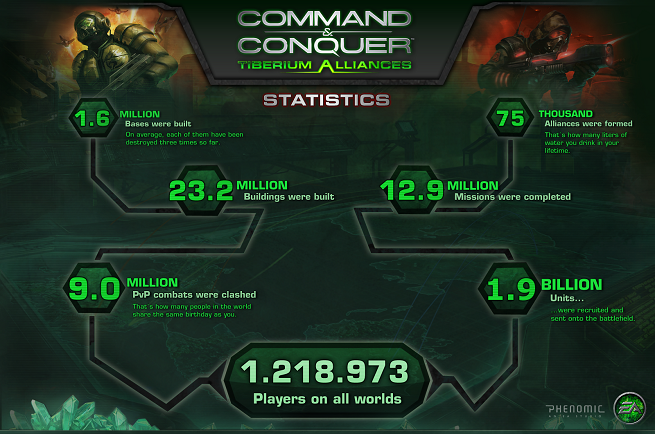