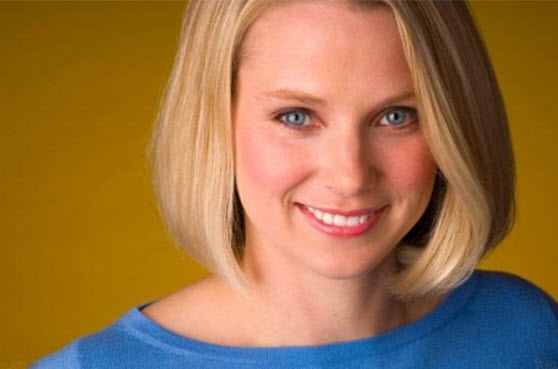 Marissa Mayer, who was named chief executive of Yahoo today, told Fortune she is expecting a baby boy on Oct. 7.

“He’s super-active,” Mayer said. “He moves around a lot. My doctor says that he takes after his parents.”

According to All Things D, Yahoo’s board knew that Mayer was expecting, but her pregnancy was not an issue in consideration for whether she could do the job of CEO or not. But the pregnancy will certainly put Mayer, who is already a kind of celebrity in Silicon Valley, into an even bigger spotlight.

“It was not part of the consideration,” an anonymous source familiar with the situation told All Things D. “Like every other professional woman, she has to weigh all the factors in doing her job and having a family.”

Mayer herself tweeted, “Another piece of good news today — @zackbogue [Zachary Bogue] and I are expecting a new baby boy!” Mayer said to Fortune that she disclosed to the Yahoo board that she was pregnant in late June in a meeting with Michael Wolf, a member of the four-person CEO search committee for the board. None of the Yahoo directors expressed any concern about hiring a pregnant CEO.

“They showed their evolved thinking,” she said.