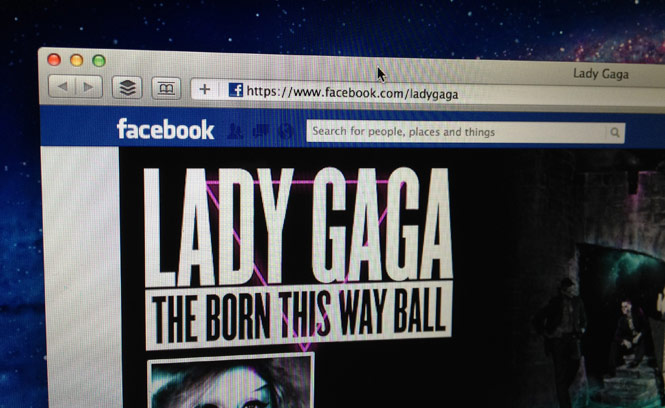 It’s not fan count. Not the number of retweets per week, or how many likes you received. Nor is it the number of times someone has clicked the +1 button on your site.

All of those are important, but they’re not the numbers that reveal why Audi, with 2 million fewer fans than Mercedes, generates 15 percent more social interaction.

Socialbakers, the social marketing company, has come up with a new way to measure engagement … one that takes all the key metrics into consideration. 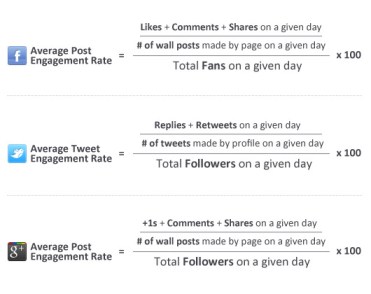 Socialbakers believes the best metric is engagement rate. Engagement means your post, tweet, or status update did something. Someone changed their behavior or actions as a result of it. And others will see your message because they did.

The protocol is slightly different for each network, but the basis is the same: How many social reactions are taking place in response to your actions.

In each case, you simply count the number of reactions (tweets, likes, shares, comments, replies, etc.) you get per day, divide by the number of actions you took (wall posts, tweets, etc), then divide by the total number of followers or fans on that day, and multiply by 100. Average rates range from .01 percent to 1 percent.

Using all this data, which is publicly available, Socialbakers calculated engagement rates with 10 top brands. Audi USA led the way with a .65 percent engagement rate. 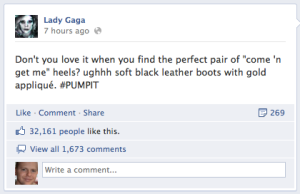 If you think that’s a pretty low rate, I tested the metric on Lady Gaga. Today she posted a status update on “come get me heels.”

As you can see, 32,161 people liked this, 1,673 people left comments, and 269 people felt the unstoppable urge to share this news with their friends.

Yes, until you consider that Lady Gaga has over 52 million Facebook fans. Run the numbers through the formula, and you’ll see that, for today, the born-this-way babe has a .06 percent engagement rate.

Taco Bell tripled that in June of 2012, as you’ll see in the infographic below.

There’s some comfort in calculating engagement rate this way. It’s not all about a single ego metric, such as number of fans or followers. It measures real actions, which a neighborhood local business is as likely to be able to generate as massive international stars.

Better yet, as Socialbakers suggests, since all the data is public, you can measure your competitors as well. And the rates are directly comparable … even if your competitor is a trillion-dollar corporation and you’re Jack’s TV store.

You might not be able to reach Audi’s massive engagement, which resulted in 700,000 social shares, likes, tweets, and other actions in June. But you will know if you’re rocking social. And you’ll know if you’re winning — or losing — against your top competition.