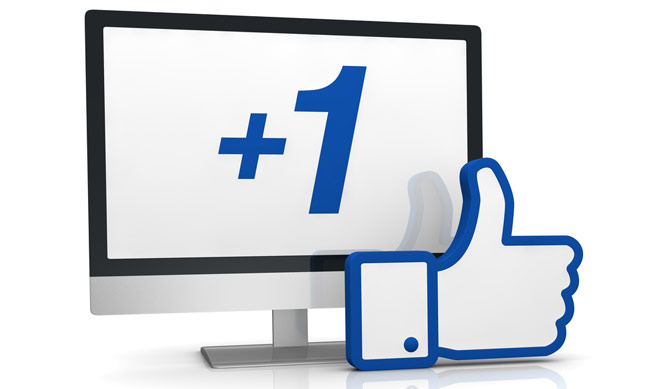 The Internet’s favorite red-headed stepchild of social media, Google+, is getting some good news today: Americans like it, more than the social network that forever transformed the meaning of the English word “like.”

It seems that those who try it, like it.

At least, that’s what the statistics say. According to the American Customer Satisfaction Index (ACSI), Google+ scored a 78 percent customer satisfaction rating. Facebook, on the other hand, languished below the rest of the social media competition at just 61%.

In a statement, the ACSI said that Facebook set “a new record-low score for the Social Media category,” and that the company placed among the “five lowest-scoring companies of more than 230 measured.” 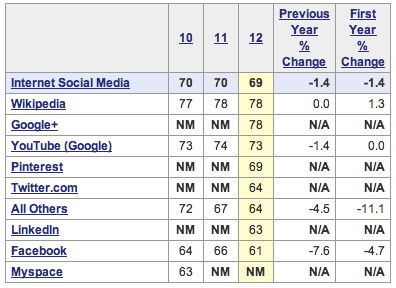 It’s a little oranges and apples, of course. Facebook is on a seemingly inexorable march to be the first billion-user network, while Google+ has perhaps a quarter of that, with 150 million of them active. It’s arguably easier to satisfy a smaller number of people.

One major advantage that Google+ continues to have over Facebook in terms of user satisfaction? No need to monetize.

As recently reported, Facebook is now testing up to 10 ads per page … a significant increase from the three to six it’s had recently. Google+, comfortably ensconced in a Google buoyed by the AdSense money machine, still remains delightfully unmonetized:

Of course, one could argue that internal ads for services like creating an event (see bottom right of the Google+ side) count. Still, the ad count is far below Facebook’s.

One other advantage for Google+: Its audience is significantly more technical. So its users may be more used to constant change and updating online, whereas Facebook’s users famously complain whenever anything changes.

The ACSI agrees, saying, “the most frequent complaints about Facebook are changes to its user interface, most recently the introduction of the Timeline feature.”

If, however, Google+ ever does become the network our mothers, fathers, and grandparents live on, expect the ratings to even out.