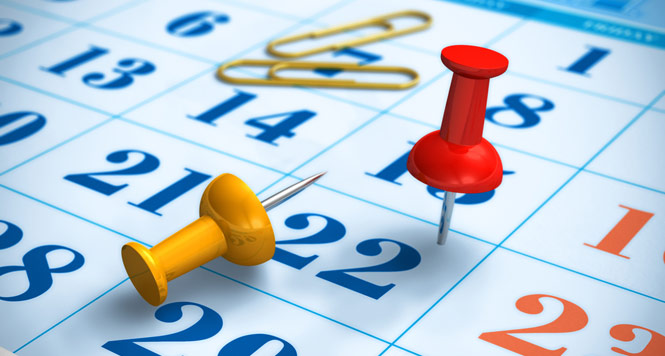 HootSuite is adding an autoschedule capability to its social media management platform, meaning that four million users will soon be able to schedule tweets according to fans’ schedules, optimizing brand messaging for maximum social impact.

“Instead of our users manually selecting what time they want to schedule or post their social media messages,” HootSuite chief executive Ryan Holmes said in a statement, “they can use our new AutoScheduler to optimize and automate the scheduling process.”

That’s a major benefit, because expert social media marketers know, along with the Teacher, that there is a time for everything. That’s the reason you never start a Facebook campaign on Friday, and it’s also why almost everything you know about marketing on Facebook is wrong for Twitter. Certain times — often evening and weekends — are best for Facebook engagement. Other times, including mornings, are better for Twitter.

Each of the social networks has its own community and rhythm, making it challenging both to know the best publishing moments and to execute on them. 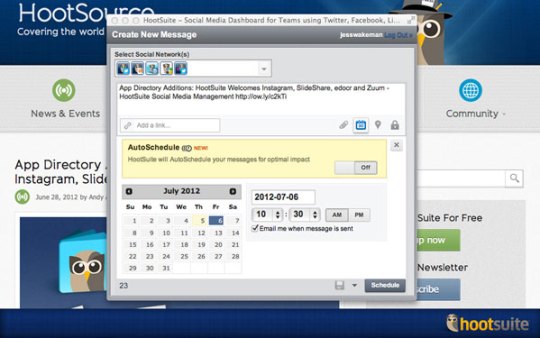 Functionality to automatically schedule for optimum engagement was first available via Buffer. The Buffer App tweets and shares for you when the time is right and you’re most likely to get engagement. But now Buffer is getting serious competition from HootSuite.

AutoSchedule will analyze both your social activity and that of your followers. Based on that data, it will automatically deliver each message to your fans and followers at “an optimal time in order to maximize reach and avoid swamping followers with too many updates.”

The functionality will first be available in HootSuite’s browser extension, the Hootlet. Installed in your browser — HootSuite supports either Chrome or Firefox — it allows you to tweet and share to social networks. Later this summer, HootSuite will embed similar functionality in its main dashboard.

According to HootSuite, “it’s a surefire way to get the most out of social media initiatives.”

It’s also a surefire way to put extra pressure on the much smaller Buffer.