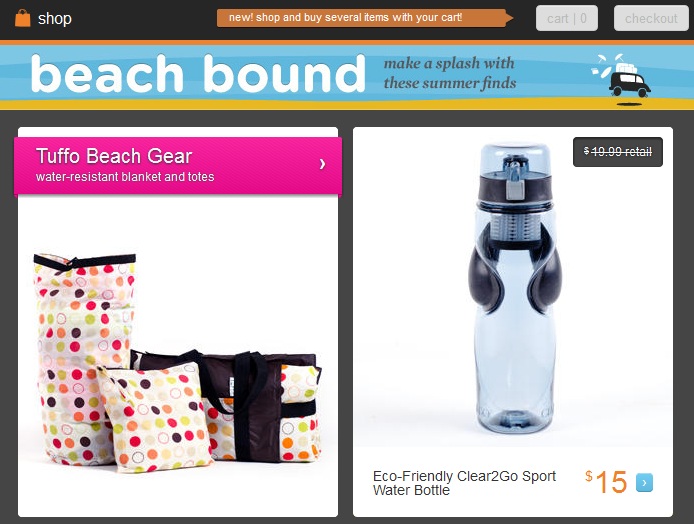 Daily deals site LivingSocial is taking on online shopping. Although many will compare it to Groupon Goods, it’s a very different product targeted at a different audience. (Disclosure: I have puts and several wagers against Groupon.)

Groupon Goods has been largely a liquidation model. If you’ve got pallets of junk to get rid of, do a deal with Groupon and they will blast an email to tens of millions of people and move it for you. It’s been a grab bag of cheap stuff. It has included items like dated electronics, small kitchen appliances, and health and beauty products. In the months that I’ve been following Goods, I’ve found very little of interest. I finally broke down and bought a pair of microSD cards so that I could test the Goods fulfillment experience. For me, Goods is a much less interesting version of Woot, an electronics liquidator that Amazon bought in 2010 for just north of $100 million.

“We’re taking a curated approach to merchandise that reinforces our brand — fun, unique, social — while building our collections around social experiences and local themes, rather than offering a random assortment of discounted goods,” said LivingSocial spokesman Andrew Weinstein.

The current theme is beach. Even on the first day, I see several items that I would consider buying. (I consider Shop to be a slightly less interesting but more mass-market friendly version of Fab.)

That doesn’t necessarily make Groupon Goods a bad business or LivingSocial Shop a good one.

Of the buckets of spaghetti that Groupon has thrown against the wall in the last year, Goods is the one product that I think has a chance of really being a meaningful business for the company. It solves a need for merchants — moving merchandise — and solves it quickly. Although Goods often has a lower margin than Groupon’s average of around 40% for local deals, it’s a viable product. Consumers have a big appetite for buying cheap junk.

What I’ve heard from Goods merchants is that Groupon has a history of putting the screws to merchants when it comes to deal terms, its commission, and returns.

Given LivingSocial’s smaller email list size and curation model, I expect that it will do lower volumes than Goods.

Consumers need to be careful with Goods and Shop. Although some of the deals can be good, often the claimed savings listed are based on prices that few people ever pay. It’s best to shop around once you find an item you like. Also, be sure to read the return policies because they can vary on an item-by-item basis. (The “Groupon Promise” doesn’t seem to apply to Goods purchases, despite being plastered on every page.)