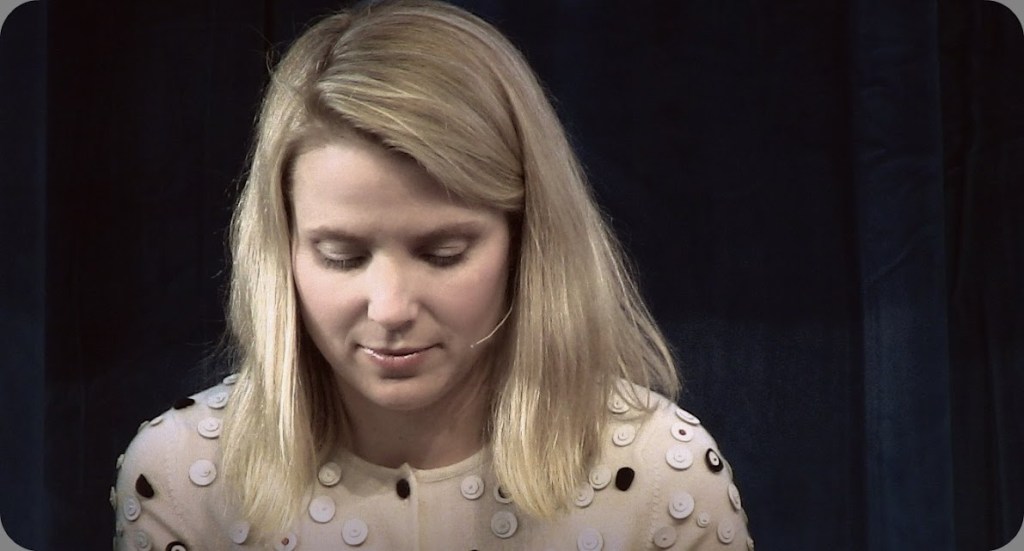 Our illustrious executive editor is on holiday; this week’s Dylan’s Desk op-ed column is written by VentureBeat’s own Jolie O’Dell.

In the end, Google simply didn’t have room for Marissa Mayer.

As we published news of Mayer’s move, we were bombarded with criticisms of her decision. The Internet in general lambasted the executive’s choice, claiming that Yahoo was an inferior company and Mayer was making a fool’s bargain to choose Yahoo over Google.

But nothing could be farther from the truth. In fact, as promising as Mayer’s career was just one year ago, we say she’d have made a fool’s bargain to stay at Google any longer than she did.

In considering Mayer’s career — and, indeed, her life — we are struck by the string of blazing successes. Academically brilliant in high school and at university, she chose to work at the brand-new Google at the tender age of 24, unwittingly sealing her financial future in a dotcom gamble. Today, she has an estimated net worth of $300 million. Financially, she has not needed to work for some time; she continues to do so because she’s motivated by more than money.

She led the development of some of her company’s most successful products, influencing the minimalist and user-friendly interfaces of Google web search and Gmail. This product leadership, in addition to her poise and beauty, made her an obvious choice as one of Google’s go-to public faces for speaking opportunities and press events. Particularly in the first five or six years after Google went public, it seemed like Mayer was everywhere.

The success doesn’t stop with her professional life, either. Mayer married well in 2009, settling down with Clark Kent lookalike and San Francisco investor and philanthropist Zachary Bogue. Instantly, the duo was hailed as a power couple; they hosted President Barack Obama at a fundraising dinner at Mayer’s Palo Alto home just two months before their wedding. Yesterday, she announced she and Bogue are expecting their first child, a boy, in October.

Family life aside, Mayer is widely hailed as a fashion plate and was extensively profiled in Vogue in 2009, the writer gushing about Mayer’s designer footwear and trademark blonde bob haircut. And somehow, in spite of being pretty, in spite of being a “girl,” Mayer continued to be one of the most respected, well-liked figures in Silicon Valley.

Money, beauty, love, and a fabulous career — is there anything Mayer doesn’t have?

The one thing she lacked is the sole reason she’s now at Yahoo: Power.

At Google, Mayer had become a bit of a figurehead. While we’re sure she continued to work maniacally hard on her projects (she is known for pulling 130-hour work weeks and trading sleep for a few more hours in front of a laptop), she was passed up for an important promotion in the spring of 2011. Google had put Mayer in charge of local products in 2010, but the company tapped Jeff Huber to head up local products and commerce as a senior vice president the following year.

A few others were named as SVPs at that time, as well, including Andy Rubin and Vic Gundotra. Both of them have been hugely visible and powerful as Google fired up its Android and social networking machines to their fullest capacity. Mayer, on the other hand, was left behind in the executive reorg, and her failure to achieve the SVP role was a head-scratcher to many onlookers.

Mayer told press that the title didn’t matter to her and that she really only cared about the products she was working on; however, Google stopped showing off Mayer’s work as well. While she continued to be a fan favorite at tech conferences, she stopped appearing at the company’s press conferences and developer showcases, including Google I/O, where the company displays its most important products of the year. When she showed up at the Crunchies, Silicon Valley’s self-congratulatory awards show, she was acting as a distinguished alumna, presenting an award rather than receiving one — that honor went to Gundotra for his Google+ work.

While Google spun Mayer’s corporate immobility as a promotion, it became obvious to observers of the young dynamo that she had hit her own personal ceiling — not a gender-based one; Google is famously fair to all kinds of employees and counts several women among its senior leadership and board. But for some reason, Mayer was not going to get a seat in the C-suite or on the board of directors at Google.

After building up so much momentum in 2009 and 2010, Mayer’s rise to the top was suddenly stopped. And it’s obvious that if Mayer wanted to continue to fulfill her potential as one of the country’s most powerful executives, Google was not going to be where she would do so.

For someone as ambitious as Mayer clearly is, not moving forward was not an option; staying at a company where she could not advance was not part of her game plan.

It doesn’t matter that Yahoo is currently playing second (or third or fourth) fiddle to Google and other tech companies. What matters for Mayer is that she finally gets to call the shots. She’s paid her dues, and she’s earned her CEO spot at last.

She could have run off and been a startup founder and “CEO,” but what kind of power is that, really? Running around Silicon Valley begging VCs for a handout; pitching weary journalists on another software product; building everything from the ground up and never knowing if people will actually use it. That’s not power, folks; that’s just working like a dog, and it’s a gamble at best, no matter who’s doing it.

Now, Mayer will be pulling those long work weeks once again and putting her famous face and infinitely likable personality behind one of the more (unjustly) despised brands on the Internet. But it’s still a big brand. And if she can turn the ship around even a little bit, if she can negotiate the sale of some of Yahoo’s assets, if she can move the stock price up a few percentage points, that will be sufficient success — and more than she ever could have accomplished at Google.