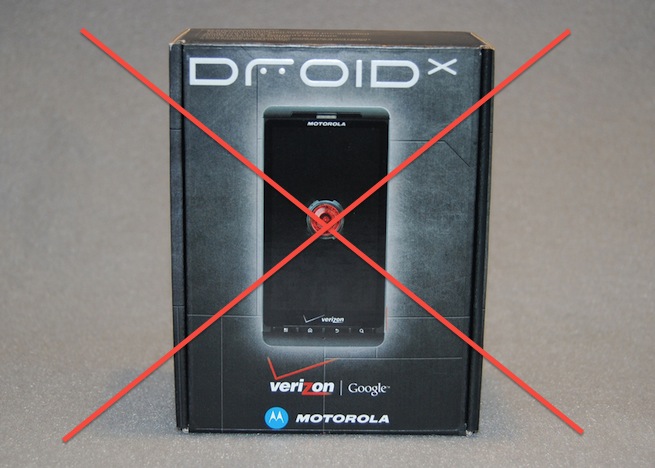 A ban on a number of major Motorola devices will to go into effect Wednesday, barring the company from importing some Droid smartphones to the U.S.

In May, the U.S. International Trade Commission awarded Microsoft a ban on Motorola’s mobile phones and tablets that infringe on a patent covering how meetings are scheduled. Earlier in December 2011, a judge ruled that Motorola was infringing on the patent in its Droid 2, Droid X, Droid X2, Atrix, Xoom, and a number of other smart devices, totaling 18 infringing products, according to Ars Technica.

The Microsoft patent in question regards the ability to “schedule a meeting request” from your smartphone. It involves a unique identifier attached the meeting request that allows other phones to know where the request is coming from, as well as whether or not the same request has been sent to the receiving phone before to avoid doubling up meetings on the calendar. The feature is called Active Sync.

According to Ars Technica, however, Motorola has an unannounced plan to stop the ban and continue shipping to the U.S. It could give in to Microsoft’s demands and take the Active Sync technology out of its devices. It could also license the technology. They probably won’t be able to agree there either, however, as their most recent dispute was over the price of royalties to be paid on patent licenses.

It’s not all bad news for Motorola, however. A German court ruled today that the Motorola Xoom tablet is not infringing on Apple’s iPad patents, as reported by the Associated Press. Apple, however, recently won a number of its own bans, including two against Korean mobile manufacturer Samsung.