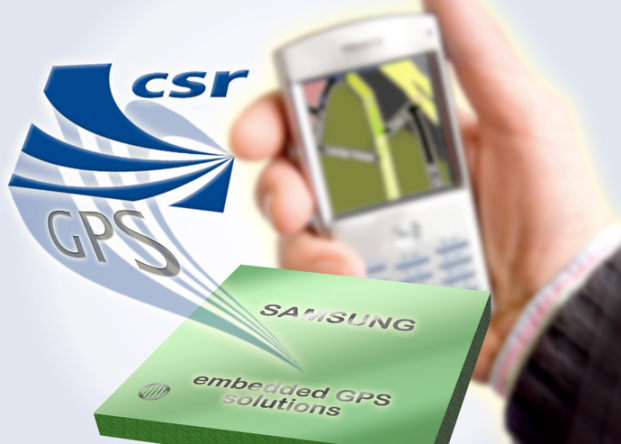 Bolstered by big smartphone sales, Samsung has some money to throw around. So it’s going shopping.

First on its list is the mobile division of British chip maker CSR, which Samsung has bought for $310 million. The all-cash deal gives Samsung CSR’s mobile connectivity and mobile location technology, along with 310 CSR employees.

Alongside the acquisition, Samsung is also shelling out $35 million for a 4.9 percent stake in CSR as a whole. The move gives Samsung access to 21 new U.S. mobile technology patents, all of which will be valuable tools in Samsung’s ongoing patent battles.

CSR says Samsung was a good fit for the buy, as the company’s investments and previous victories in the mobile space mean that the acquired division is sure to be successful. It also helps that Samsung was willing to take on $47 million of CSR’s operating costs.

The cash from the deal will allow CSR to return $285 million to its investors, few of whom were happy with CSR’s pricy $679 million acquisition of video chip company Zoran last year. CSR has also been hurt by the ongoing struggles of partners like Nokia and RIM, both of which have seen big losses in the last year.

CSR says that the deal will also allow it to focus on high-growth areas like automotive infotainment, indoor GPS, and music (CSR provides the tech for Beats headphones).

And CSR isn’t quite finished trimming the fat: The company says it intends to continue selling its connectivity assets to mobile technology companies — so we’re likely to see more deals like this one in the coming months.