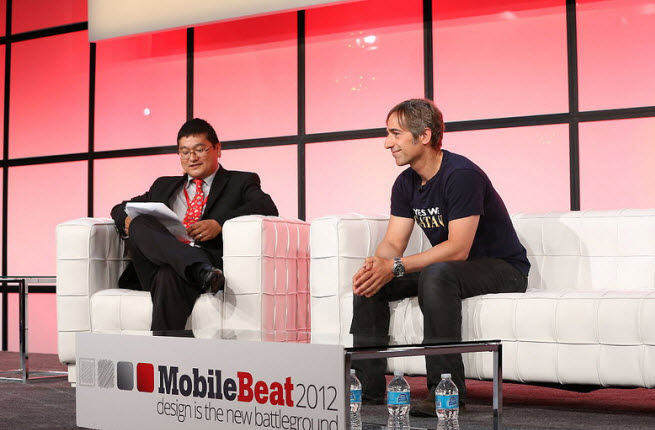 Mark Pincus, the chief executive, chief product officer, and founder of Zynga, isn’t shy about expressing his opinion. The head of the largest social-gaming company spoke at our opening fireside chat at MobileBeat/GamesBeat 2012 last week in front of a crowd of about a thousand people. 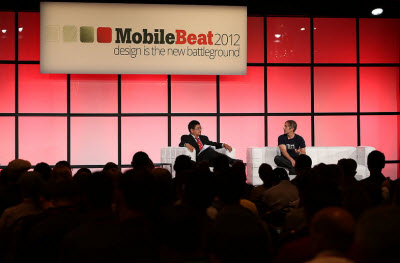 Pincus once asked Apple to fix its ecosystem for mobile game companies. It was slow to do so, so Pincus encouraged his developers at Zynga to continue making Facebook games. Later on, after Apple saw the light and expanded its support for games, Zynga came roaring back. We asked him what he needed from the mobile ecosystem today, and his answer was enlightening.

Pincus wants what he calls “90-10,” or markets where Zynga can launch a game and have 10 million players within 90 days. If it can do so, that market is “investable at scale.” That’s what Zynga can do on Facebook, but this isn’t the case yet on mobile platforms. He wants the industry to be able to invest in high-quality content and get a return on it. The executive wants channels so that many more games can be discovered beyond the top-25 ranks. 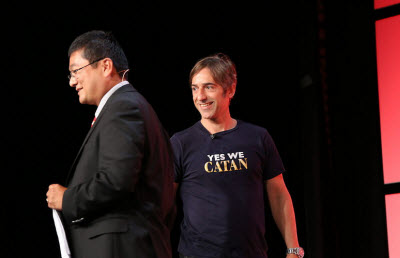 Going forward, Pincus believes that “we as an industry can create this ‘dial tone’ for play that can create our own 90-10,” which will allow game companies to regularly launch games, get them noticed, and see them turn into blockbusters.

But even if the mobile ecosystem isn’t perfect, Zynga has to cross over (per our theme of The Cossover Era) into it anyway. That’s the way that the company will hit its goal of reaching a billion gamers. Zynga has made one large mobile acquisition and many smaller ones, and it has built up its team organically as well. The company’s chief thinks the market will grow fast, but he’s pouring his money into making better products now, not marketing.

“It’s obvious we should all be investing heavily, but the flywheel isn’t there in an obvious way,” he said.

We touched on a variety of subjects. Pincus weighed in on mobile technology, social casino games, and market-share fights. Pincus said his company goes head-to-head against rivals in existing game genres by making experiences more social and modifying them to suit consumer tastes after they ship. He says the result is usually an expansion of a game genre to many more consumers than what previously existed in the category. That effect, he says, is a blue-ocean strategy, not a red-ocean strategy (market-share battle). That’s why Zynga took two years to develop The Ville, the people-simulation title that the gamemaker recently launched in competition with Electronic Arts’ The Sims Social. 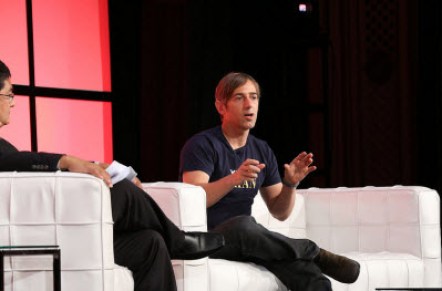 “The only way we are going to grow this industry is by creating new excitement, new mechanics, and new social,” he said. “The more investment, innovation, competition you are going to have, the faster we are going to move these genres.”

Pincus believes that mobile itself is going to be disruptive, and his team continues to bet the farm on social.

Here’s a video of our full conversation at MobileBeat/GamesBeat 2012 below.