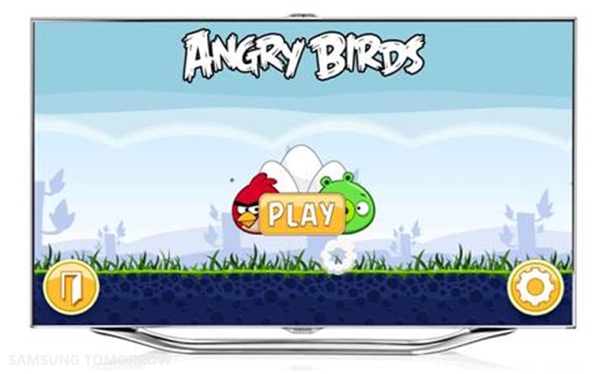 You’ve likely played Angry Birds across several different platforms by now, but you haven’t played it like this: Samsung today announced that it will be bringing the uber popular game to its Smart TVs with motion controls.

On Samsung’s Smart Interaction television sets, you’ll be able to send off those irate avians by making a slingshot motion with your hand. Additional motions will let you use every bird’s unique power.

In short, there’s no way this won’t look absolutely ridiculous.

Samsung says it’s been working with Rovio for a year to implement the motion controls. Angry Birds will be available for free on Samsung’s LED 7500 TV and higher models, as well as on the Plasma 8000, later this month.

Samsung initially announced that it would be offering Angry Birds back at CES, but there was no mention of motion controls back then. The company will also soon be offering an Angry Birds animation channel.

Additionally, Samsung announced its most baller television set yet: a 75-inch behemoth that retails for $9,999. The ES9000 3D LED set (below) brings Samsung into big-screen territory that’s typically reserved for DLP sets from Mitsubishi and a dwindling number of other manufacturers. The TV includes all of Samsung’s Smart TV functionality as well as a new feature called “Sound Share” that lets it connect wirelessly to Samsung’s home theater speakers.

The ES9000 will be available at retailers in August. 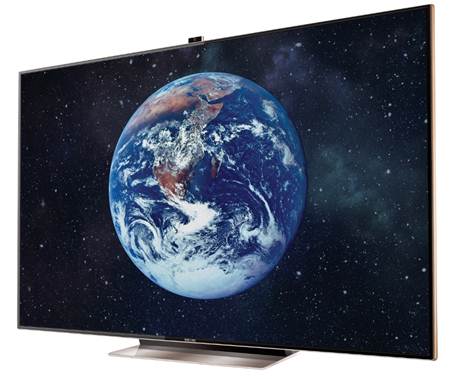