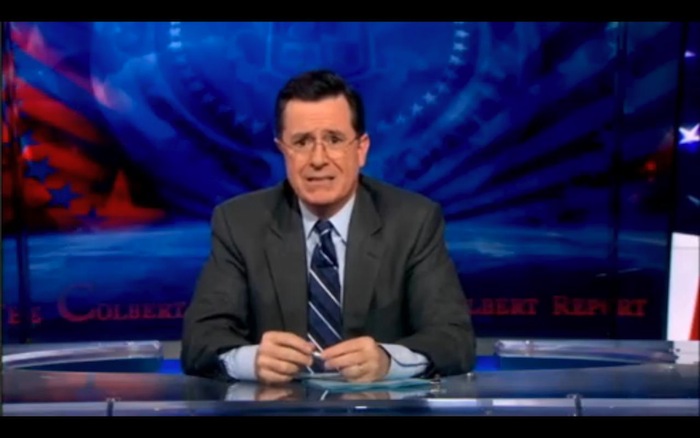 It’s hard to distinguish who’s behaving like the bigger drama queen when it comes to the recent carriage fee dispute between DirecTV and Viacom. For the moment, DirecTV seems to be inching ahead, according to a Viacom blog post published this afternoon.

Last week, satellite TV service provider DirecTV was forced to black out 26 Viacom cable channels due to failure to come to terms on a new carriage contract. Basically, Viacom asked for a higher fee, and DirecTV put its foot down. As a result, DirecTV subscribers no longer have access to MTV, Comedy Central, Spike, VH1, Nickelodeon, and a handful of other channels. Viacom also restricted online access to prevent those subscribers from simply shifting their viewing habits to shows like The Colbert Report via the program’s official ad-supported website. Viacom has since lifted those web restrictions and even offered compromises to get its channels back on DirecTV, the company claims.

“We made a significant and comprehensive compromise proposal to DirecTV last Thursday that could have resulted in restoring all of our services to DirecTV subscribers by Friday morning. We have since made several additional compromise proposals – even as recently as last night – to find a resolution acceptable to DirecTV,” Viacom said in a statement today. “Unfortunately, DirecTV has moved backwards significantly and created more obstacles to reaching an agreement.”

We don’t know exactly what kind of compromises Viacom was willing to make because the company hasn’t disclosed this information publicly. However, DirecTV has gone on record explaining that Viacom was initially asking for a 30 percent price increase, which adds up to about $1 billion.

With DirecTV saving money by not having to pay out carriage fees to Viacom, I’m curious to find out if this will translate into lower monthly bills for its customers. I don’t think this is likely to happen, but perhaps DirecTV could find some creative ways to use this extra money. One possibility could be to use all the money it was paying to Viacom to subsidize a portion of the cost for its subscribers to get HBO and Showtime. Or, maybe it could offer new customers a longer guaranteed lower monthly rate — say from the standard one year to 18 months.

How should DirecTV make up for not having Viacom channels? Let us know in the comment section.