The Playstation Vita was a day 1 purchase for me and the first hardware I had picked up on day 1 since the Gamecube. The first game I decided to play for the Vita was Super Stardust Delta. Previously I had never played a Super Stardust game but the style looked like a perfect fit to enjoy on the go.

Super Stardust Delta sets itself up as a perfect game to play on a handheld. A simple yet addicting premise that you can pick up and play. Gameplay wise Delta isn't much different from previous iteration but takes advantage of the Vita's motion and dual analogs. Worlds visually different and slowly bring you up to speed on weapon options and emeny types. The game in this regard paces well in getting you acclimated to all the busyness going on in game. Motion sickness reared it's head while on the go but wasn't a factor while in a parked position.

There isn't any major story to Super Stardust Delta as the game is more based on playing for high scores and using different game modes for different experiences. The main setup lets you play through worlds that you beat to play through the main setup. These levels helped build up my minimal skills as the game amps up as you make progress. For me this was quite rewarding as I started off slow and was able to get into hectic gameplay later on because of learning the basics from the beginning. Other then the basic modes there are touch centric mini-games to play a long with and other add-ons in DLC to add to your Stardust experience. 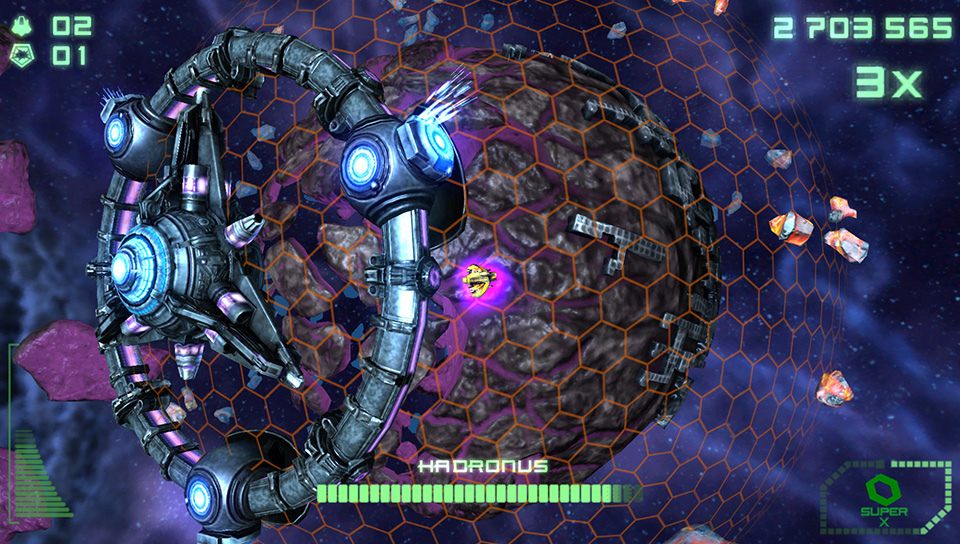 Aesthetically the game is extremely pleasing. On the Vita's OLED screen the visuals pop and are amplified while playing in the dark. Again I'll say that the game fits great on the Vita as the style of play and visuals fits perfectly on a smaller more hands on playing atmosphere.

There isn't anything extremely innovative about Super Stardust Delta. The fact is though that the game is still a blast to play and is a steal at only $9.99. For the Vita Super Stardust is the perfect fit and gets a definite recommendation for anyone looking for titles to play on their playstation handheld.

Pros: Intuitive controls along with addicting gameplay at a great price.

Cons: Can be a trouble to play on the go.

Conclusion: A cheap downloadable game that fits the Vita's style to a tee.