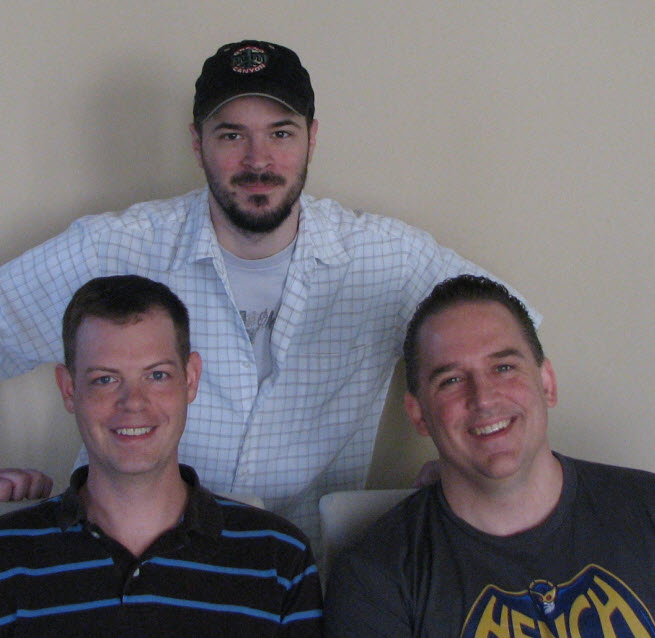 BonusXP is coming out of stealth today as a new mobile game studio, founded by a team whose members come from Zynga’s Bonfire Studios, Robot Entertainment, and id Software.

All of them cut their teeth at Ensemble Studios, the studio that made Age of Empires and grew to 115 people before Microsoft shut it in 2009.So the studio is part of the diaspora of Ensemble Studios, whose veterans have gone on to start a number of Texas game studios. They started the new studio in April.

Mobile game studios can get off the ground and publish a game with just a handful of people. That’s why they’re starting to proliferate now, as mobile games start to become a bigger piece of the overall pie. They’re so small that they don’t need funding and can field a product on the App Store within a relatively short time. This week alone, PeopleFun and BitMonster Games came out of stealth as new mobile game studios.

The tough part, besides making a great game, is monetization. Pottinger acknowledges that, and he notes that the team has worked on projects in social and mobile games where they have had to focus on monetization. But the first task is getting the company’s first game done at a high-quality level.

Pottinger said the thinking is that the company will remain small, with perhaps eight to 10 people. It will focus on team-based design, high-quality, smartphones and tablet titles, and broad-audience games. The firm has no plans to raise money.

“Our philosophy is to do it with a small team where everyone is involved in the design and iteration,” he said. “The moment-to-moment game play has to be awesome.”

Pottinger was once the lead engine programmer for Ensemble. He and Evanson created the engine that powered games including Age of Mythology, Age of Empires III, and Halo Wars. Pottinger was lead designer on Halo Wars. He then did a short stint at Robot Entertainment, also started by Ensemble veterans, and then moved on to Bonfire Studios, which was acquired by Zynga. He led CastleVille through initial concept, design, and launch and stayed on for six months afterward.

“We shipped a game that was good and polished, with a crafting, depth, and replayability,” Pottinger said.

Sallenbach worked at Ritual Entertainment and then Ensemble Studios. He also worked at id Software as a senior character artist on Rage. He said, “Our art will be something that is unique in the mobile space.”

Pottinger said the team veered off into mobile because that’s what they were playing all the time. Like many other gamers, their habits are changing and they’re playing fewer console games.

The company will unveil its first game later this summer. Competitors are plentiful, including Electronic Arts, PopCap, Rovio, and others.