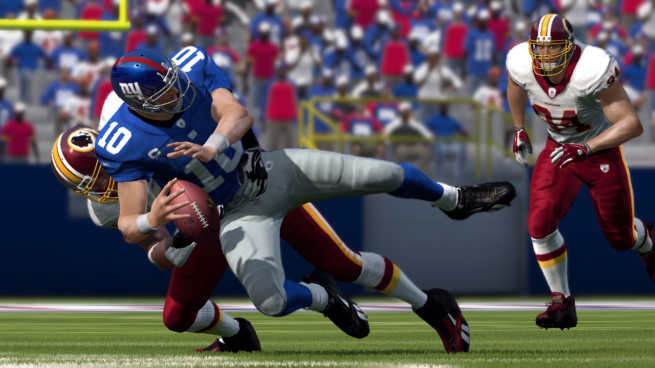 Attorneys have reached a proposed settlement in a class action lawsuit against video game publisher Electronic Arts. The suit claims the gaming giant violated antitrust and consumer protection laws, and overcharged consumers for its football titles.

Under the terms of the proposed settlement, EA has to set up a $27 million fund for consumers who bought Madden NFL, NCAA Football, or AFL titles. It also can’t sign an exclusive license agreement with the AFL for five years, and can’t renew its current agreement with the NCAA (which expires in 2014) for at least five years as well.

Without those exclusive agreements, could EA potentially lose the AFL and NCAA franchises to another publisher? Wedbush Securities analyst Michael Pachter thinks it’s unlikely. “Take-Two Interactive was burned by Major League Baseball, and only Konami and Take-Two make sports games (soccer and NBA, respectively),” Pachter tells GamesBeat via email. “Nobody wants to compete with [Electronic Arts].”

The proposed settlement still needs approval by the United States District Court for the Northern District of California before it’s final.