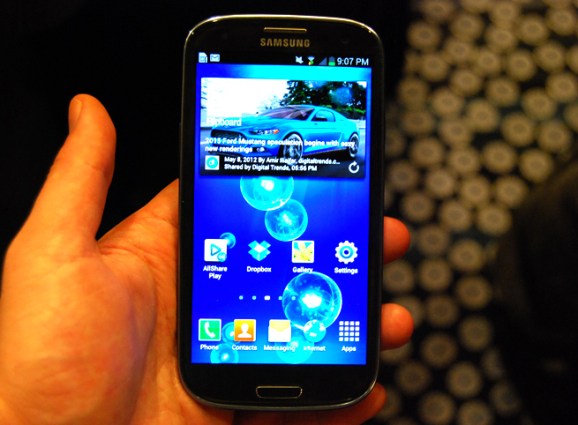 Samsung has sold more than 10 million Galaxy S III smartphones in less than two months, Samsung mobile president J.K. Shin told press today. The strong sales are a sign that Samsung will continue to dominate the conversation around Android-based phones.

The company predicted in June that sales would reach the 10 million mark in July. Comparatively, the company’s Galaxy S II smartphone took five months to reach the same milestone.

Helping with the phone’s success are the hundreds of carriers around the world selling the device. By the end of July, the device will be on sale from 296 carriers in 145 countries. In the U.S. alone, the Galaxy S III is available from AT&T, Sprint, T-Mobile, Verizon Wireless, and U.S. Cellular.