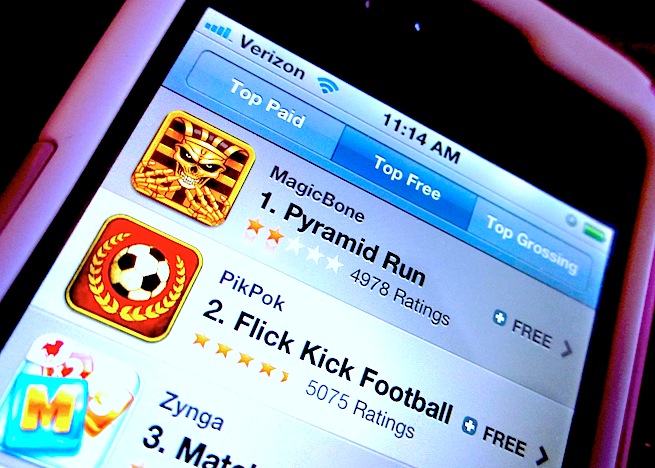 It seems Apple will no longer require you to put in a password when downloading free apps in its latest mobile operating system, iOS 6.

Cult of Mac noticed the change today, a week after Apple released the latest version of iOS 6 to developers for bug testing. The blog also notes that Apple has been loosening up on other areas where passwords once provided a boundary. In iOS 6 you will no longer have to enter a password to download apps (paid or free) that have previously been downloaded, or for updates to those apps.

The practice of entering a password to download a free application seems unnecessary. Entering your password generally signals the act of giving the App Store permission to access your payment information. But it does keep kids from downloading tons of apps to their parents’ phones. Apple is undoubtedly, however, catering to those responsible downloaders who appreciate the extra ease of getting desired content.

It’s Apple ability to make downloading such a simple process that makes iOS users so valuable to developers. Many praise Apple for the one-click check-out, saying it helps with in-app purchase sales.

When the latest iOS 6 build, which includes this latest development, was originally released, the most obvious changes were to Apple’s new maps application. New features included the ability to switch between miles and kilometers, traffic and construction alerts, more 3D-imaging, and the ability to control the GPS voice navigator volume and the language in which directions are dictated.

Developers also noticed “answer” and “decline” buttons for FaceTime calls. Those with a developer account will be able to see these news features in Build 10A5355d. Developer accounts are sold by Apple for $99 an account.

via Cult of Mac; Image via Meghan Kelly/VentureBeat