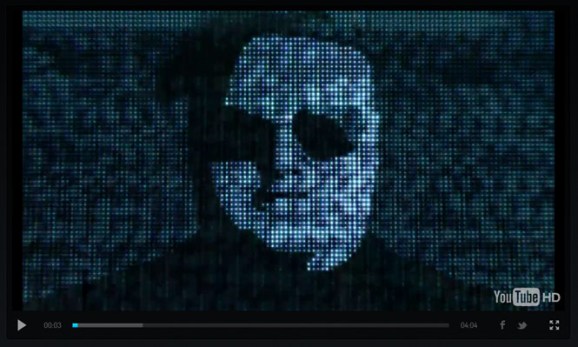 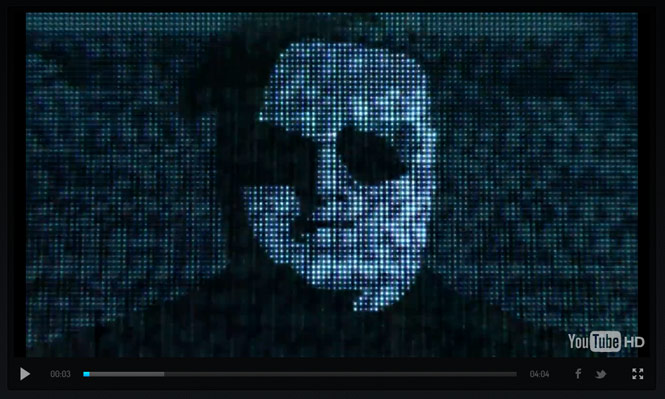 Who knew file-sharing badboy Kim Dotcom had a future in pop music? The iconic Kiwi transplant released a music video this past week, and with his German accent it’s totally Arnold Schwarzenegger doing little-kids rap.

But the new poster boy for internet freedom has a big-kids message:

“The war for the Internet has begun. Hollywood is in control of politics. The Government is killing innovation. Don’t let them get away with that.”

Whether you agree or disagree, Dotcom is eager to make his case on the new Kim.com, where he calls on American president Barack Obama to “end the war on internet freedom” … and shares 10 facts about the MegaUpload scandal and court cases in an attempt to both exonerate his company and demonstrate the illegal nature of the US government’s actions.

And he explicitly links his message to Dr. Martin Luther King, saying “I have a dream, like Dr. King.” He also links himself implicitly to Che Guevara, the famous Argentinian Marxist who contributed to the Fidel Castro’s revolution in Cuba, by wearing the beret cap in the video.

Somewhat interestingly … on the bottom of the Kim.com website is a small image: a copyright notice.

And there’s a terms of service, which states that the website is copyrighted and may not be used by organizations, companies, or businesses for any purposes. And one more thing:

Unauthorized framing of or linking to the Website is prohibited.

I don’t think Che had a terms of service page, Kim.

Note:  last week Dotcom published the following letter to the movie industry via The Hollywood Reporter.

The Internet frightens you. But history has taught us that the greatest innovations were built on rejections. The VCR frightened you, but it ended up making billions of dollars in video sales.

You get so comfortable with your ways of doing business that any change is perceived as a threat. The problem is, we as a society don’t have a choice: The law of human nature is to communicate more efficiently. And the economic benefits of high-speed Internet and unlimited cloud storage are so great that we need to plan for the day when the transfer of terabytes of data will be measured in seconds.

Businesses and individuals will keep looking for faster connectivity, more robust online storage and more privacy. Transferring large pieces of content over the Internet will become common — not because global citizens are evil but because economic forces leading to “speed of light” data transfer and storage are so beneficial to societal growth.

Come on, guys, I am a computer nerd. I love Hollywood and movies. My whole life is like a movie.

I wouldn’t be who I am if it wasn’t for the mind-altering glimpse at the future in Star Wars. I am at the forefront of creating the cool stuff that will allow creative works to thrive in an Internet age. I have the solutions to your problems. I am not your enemy.

Providing “freemium” cloud storage to society is not a crime. What will Hollywood do when smartphones and tablets can wirelessly transfer a movie file within milliseconds?

The very powerful and the very stupid have one thing in common. Instead of changing their views to fit the facts, they try to change the facts to fit their views. The fact remains that the benefits of Megaupload to society outweigh the burdens. But instead of adapting, you imported one of your action-conspiracy movie scripts into the real world. In my view, MPAA CEO and former Sen. Chris Dodd lobbied his friends in the White House to turn me into a villain who has to be destroyed. Due process? Rule of law? Eliminate me and my innovation and worry about the consequences later. Never mind that millions of Megaupload users lost access to cloud data like their wedding photos. Well done, Hollywood, everyone with similar innovations got the message. But wait … You did not read the end of the script.

The people of the Internet will unite. They will help me. And they are stronger than you. We will prevail in the war for Internet freedom and innovation that you have launched. We have logic, human nature and the invisible hand on our side.

As you should have known, our Mega services operated within the boundaries of the law. We had users that spanned from the military to Hollywood to lawyers and doctors. If you are unhappy with that, it is up to you to convince Congress to amend legislation. You tried with SOPA and you failed. As an alternative, you chose to lobby the Justice Department to ignore the law and stage a global show of force and destruction. The only parties a New Zealand court has found to have violated the law in this case are the local police and the FBI.

Regardless of the issues you have with new technologies, you can’t just engage armed forces halfway around the world, rip a peaceful man from his family, throw him in jail, terminate his business without a trial, take everything he owns without a hearing, deprive him of a fair chance to defend himself and do all that while your propaganda machine is destroying him in the media. Is that who you want to be?

There can still be a happy ending. I am working on solutions. Just call me or my lawyers. You know where to find me. Unfortunately I can only do lunch in New Zealand.

This open letter is free of copyright. Use it freely.