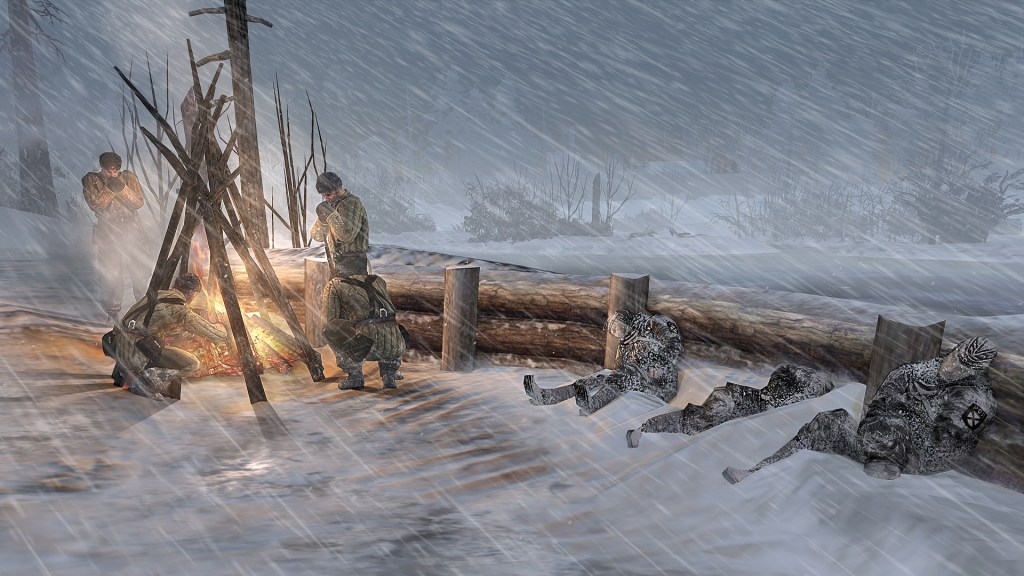 Multinational game publisher THQ announced today that its upcoming strategy title, Company of Heroes 2, will have special technology to simulate brutal weather conditions in-game, making this the first weather tech of its kind in the genre. Set in World War II, Company of Heroes 2 will help players realize the full role the incredibly cold Soviet winter played in the Eastern Front theater in that war. The weather technology, created with the Essence Engine 3.0’s ColdTech system, includes an “extreme cold” mechanic that accurately recreates the chill of the era, which reached -40˚ F in the winter of 1941.

Players will need to keep their infantry from freezing to death by building fires and enclosed garrisons. Snow will build up and accumulate on buildings and vehicles, becoming a hazard to troops and affecting strategies. Players will need to cover their tracks in fresh snow, or melt it from vehicles to continue the campaign. Ice will also play into various scenarios, affecting troop and vehicle movement, collapsing (or being destroyed) underneath armies, and re-forming as the bitter cold continues.

“Company of Heroes 2 is all about authenticity, and no game based on the Eastern Front would be complete without extreme weather conditions,” said Quinn Duffy, Game Director at Relic Entertainment. “Thanks to the enhanced technology offered by the new Essence Engine, we are able to accurately portray the bitter Soviet winter which crippled the German army.”

The first Company of Heroes was released in 2006 and was highly rated by critics and fans alike. The upcoming sequel is scheduled for release on PC in early 2013.

THQ is based in Los Angeles County, Calif.