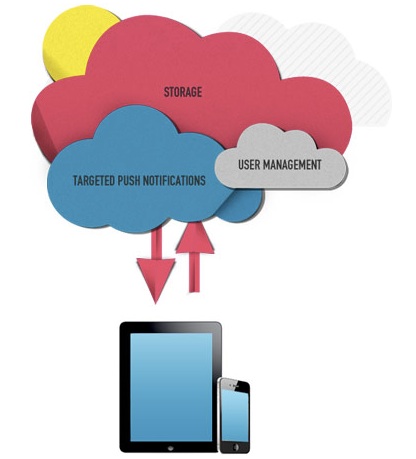 Mobile app analytics and advertising company Flurry is embarking on new territory today with the launch of the Flurry AppCloud, a collection of cloud services that developers can easily implement in their apps.

Flurry didn’t do this alone: The company also announced today that it acquired Seattle-based Trestle, which developed a cloud services solution that’s now powering its AppCloud. The company says it completed the acquisition of Trestle back in May and has spent the past two months integrating Trestle’s technology.

Flurry AppCloud will allow developers to implement cloud-driven capabilities in their apps — like storage, user account management, and push notifications integrated with Flurry’s analytics (see screenshot below) — without dealing with the headache of building expensive backend infrastructure.

If this all sounds somewhat familiar, it’s because Appcelerator, maker of the popular mobile app framework Titanium, launched its own cloud services offering back in April. Now that it’s fairly painless for developers to create mobile apps, it makes sense that the company’s focus would shift to providing them cloud services. Think of it as the next evolutionary step of mobile apps.

Flurry AppCloud will officially launch later in the summer, but for now developers can sign up for the iOS and Android beta. In terms of pricing, Flurry says the first one million completed monthly transactions will be free, and it will charge 5 cents for every additional one thousand transactions.

Flurry is based in San Francisco, Calif. and has raised around $25 million in funding. 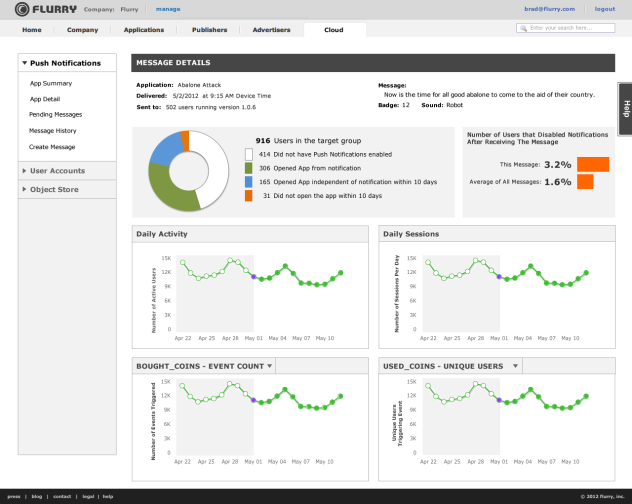