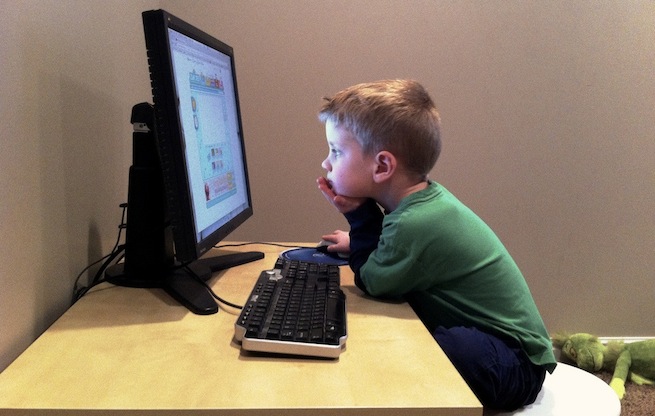 Would you invest $5 in a company with a preteen for a CEO, and services on offer like playing nice with a younger sibling or taking out the trash? On Kidworth, a Los Angeles-based startup, parents are funding “startup” ideas like these, and entrepreneurially-minded kids are pocketing some extra cash in the process.

I use the term startup loosely here, as many of the ideas featured on the site involve kids hustling to increase their allowance, in exchange for performing household chores or actions, such as ‘liking’ a brand’s Facebook page. Rudy DeFelice, Kidworth’s founder and interim CEO, said these are “suggestions” or “simple business ideas” and still have merit as a learning tool.

“Would I consider that entrepreneurship?  Absolutely,” he said, in an email interview with VentureBeat. This week, Kidworth launched the beta version of the site and announced plans to turn one million children into entrepreneurs.

The mere existence of the site begs the question, how young is too young to start a business? You could argue that kids with strong negotiation skills are more likely to become business leaders later in life. DeFelice, a former corporate lawyer turned investor, told me he developed the site after realizing that youth today aspire to be the next Zuck or Jack Dorsey.

“All their business heroes were startup guys – kids in their 20’s with their shirts untucked changing the world,” he said.

The process begins when parents open a master account for their children on Kidworth. In minutes, the kids can build a virtual storefront to sell goods or services. Products can be marketed to the local community on Facebook, and kids can create custom business cards (“a favorite feature!”) on the site, which are handed out in local stores. 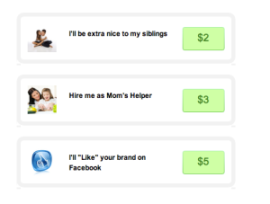 Above: Company ideas featured on Kidworth

Kidworth has addressed potential privacy concerns by building a secure system where adults can stand guard while their kids build companies. DeFelice told me that kids can develop the products and perform services, but parents screen all orders and correspondence they receive.

The site features a wide range of ideas, and most are approved by parents. Some are a bit more viable than others. DeFelice’s favorite success story is a kid who used Kidworth as a platform to sell his anime art.

Granted, there might be exceptions to the rule, but in my opinion, any teenager who attempts to charge a parent $5 to mow a lawn by calling it a “startup idea,” should not be encouraged.

I’ll never forget that summer my brother and I made a small fortune ($42 to be exact) by selling lemonade on a hot day. It didn’t even occur to my mother, the cheerleader and lemon supplier, that her children might now grow up to build a publicly traded company. I learned valuable skills that summer, but I would not consider the lemonade stand to be my first foray into entrepreneurship.

Is Kidworth taking it a step too far by incentivizing middle schoolers to build businesses? You decide.