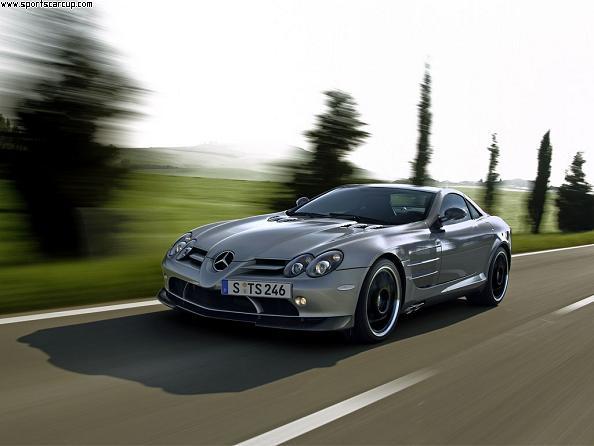 Being a backseat driver may no longer be a bad thing. Luxury car brand Daimler AG just invested an undisclosed amount in ride-sharing startup Carpooling.

Although Munich, Germany-based Carpooling declined to specify the size of the investment, other sources indicate that it’s of the order of $10 million. The cash will be used to fund Carpooling’s launch into the North American market in Q4 this year.

But will car-loving Americans take to Carpooling? “Germans love their cars too. Germany is one of the biggest car manufacturers in the world,” said Carpooling CEO Marus Barnikel. “We will initially focus on U.S. cities which have high mobility needs but poor public transport.” 78 percent of all car trips are currently taken by lone drivers.

German car manufacturer Daimler, not to be confused with the storied British Daimler motor company, manufactures vehicles under brands like Mercedes-Benz and Smart and is the 13th largest car manufacturer and 2nd largest truck manufacturer in the world. Although a car manufacturer investing in a ride-sharing startup may seem akin to a turkey investing in Christmas, Daimler is already a market leader in short-term car rentals. Its car2go service allows customers to rent a car by the minute and has over 130,000 customers. In my own city of Amsterdam, for example, car2go runs a fleet of entirely electric Smart cars. Daimler also owns a stake in taxi-ordering app MyTaxi.

Carpooling currently offers ride sharing in more than 40 countries. Drivers rent out a seat in their cars for a specified journey using an online and mobile booking system. Passengers pay in advance using Paypal or a credit card. A journey from Munich to Berlin, for example, averages 17 EUR ($20) on Carpooling, while the cheapest train ticket on the same route costs 69 EUR ($83). The company takes a 5 to 10 percent commission on each shared ride.

Carpooling has expanded rapidly in the last few years with the advent of smartphones and increases in gas prices. In the last month the company moved 1 million people. It also claims credit for over 10 weddings between carpoolers. Passengers have varying priorities. “Many friendships, marriages, and regular driver relationships have been established over 30 million rides,” Barnikel explains. “But we also have lots of people who pick a nice car model and sit in the back working on their laptop.”

Most Carpooling ride-shares are on middle- to long-distance trips taken for leisure, for example, travelling from Amsterdam to Paris for the weekend. Passengers tend to be more flexible on departure and arrival times in that scenario than on a work commute. However, in certain cities in Germany (Carpooling’s home market), France and Italy, the service is achieving sufficient critical mass to start transporting commuters to work every day.

A typical Carpooling customer is 24-36, single, professional, has a relatively high income and level of education and lives in an urban area. Carpooling’s biggest markets are two of the richest countries in Europe: Germany and France. Given that the main selling point of ride-sharing is savings, I asked Barnikel why the service is so popular among those with higher incomes in richer countries. “Germany is also Europe’s biggest market for discount retail, ” he told me. “If you can save money, that’s attractive in most markets. The success of low cost airlines, for example, was not linked to any particular demographic.”

Carpooling integrates other modes of transport on its booking site in certain markets. Most of its users also take public transport or ride a bike at least once a week. “We are working on getting people door to door rather than train station to train station or airport to airport, ” Barnikel told me.  In Germany, the company already sells more train tickets online than any other vendor.

Carpooling provides profiles of all drivers and a ratings system that helps to keep quality high. The most common problem before the introduction of the online booking system, which requires customers to pay in advance, was passengers not turning up. Sometimes hitches also arise when drivers or passengers fail to fully read each other’s profiles so you end up, for example, with a smoker in the car of a non-smoker.

Perhaps surprisingly, given the potential safety concerns, the service is equally popular with men and women. 51 percent  of registered users are female, and although a women-only drive service is offered, it is rarely used Barnikel said.

Carpooling will not be alone in the U.S. market. Rivals include Zimride, Ridejoy, Avego, Rideshare, and eRideshare, but Barnikel believes that Carpooling’s experience in developing its product over 10 years in so many different markets will put it in good standing. In a world battling an economic recession and environmental disasters, maybe ride-sharing’s moment has arrived, even for the world’s biggest motorheads.

Carpooling was founded in 2001 and has 45 employees.