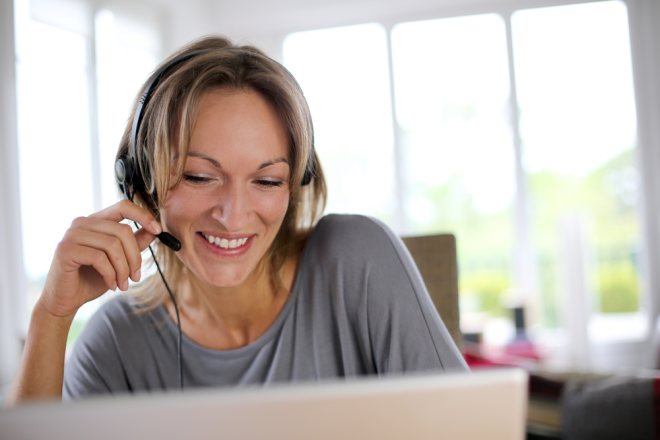 Even though Nuance’s technology is powering the speech recognition revolution across iOS and Android, the company hasn’t forgotten about its bread-and-butter software suite.

Unsurprisingly, performance is also dramatically improved. Not only will Dragon perform better on the same hardware as previous versions, it can also adapt to better hardware. If you have a computer with a quad core processor and 4 gigabytes of RAM, Dragon will automatically use the fastest speech model, according to Nuance’s senior manager of corporate communications, Erica Hill.

Having used earlier versions of Dragon in the past (and training plenty of users on it as well), I decided to give the new version a spin for writing much of this post. The setup process is still pretty much the same. The installation takes about 5 to 10 minutes, but you’ll have to spend 15 minutes or so training the dictation. While annoying, the training period is worth it — otherwise Dragon is nowhere near as accurate as it could be.

Based on my first impressions, Dragon 12 is definitely far more accurate than Dragon 10 from the get-go. After my initial training, Dragon rarely stumbled with complex words or expressions. Indeed, dictation feels more natural this time around (it helps that Nuance bundles a decent Plantronics headset in the box) — though editing text using your voice still remains a chore. You’ll still need to do a final editing pass on most text with a keyboard, but that will obviously be less necessary as you use Dragon and get used to its quirks.

While Dragon previously adapted to your speech mannerisms over time, the software is even smarter now thanks to a new feature called Smart Format Rules. Dragon 12 will keep track of your word, phrase, and format corrections, which should ultimately make its dictations indistinguishable from your own writing style.

Among other new features, Dragon 12 now supports Wideband Bluetooth audio, which will enable a 25 percent increase in accuracy for compatible wireless headsets. The software now also works better with Gmail and Hotmail on recent versions of Firefox, Chrome, and Internet Explorer. Nuance has also released an Android version of its Dragon Remote Mic app, which lets you use your phone as a Dragon input on your computer.

Unfortunately, Dragon still looks pretty much the same as it did in 2005. Running the software on a Windows 7 machine feels jarring, since it’s using the same interface as it did back in the Windows XP days. Given just how much more ubiquitous speech recognition is becoming in mobile devices thanks to Nuance, I’m hoping the company steps it up with a more modern-looking Dragon for the next version. With the release of Mountain Lion yesterday, Apple has also made Nuance-powered dictation a standard part of its OS, which makes the need for a sophisticated voice dictation suite even less relevant (Dragon 12 is only available for PCs).

Dragon NaturallySpeaking 12 is available for pre-order now and will ship the week of August 13 starting at $99.99.