Gearing up for its long-awaited patent trial with Samsung in California next week, Apple is planning to show that Samsung was aware of its very similar tablet and smartphone designs, based on warnings from Google, other designers, and even its own design team. 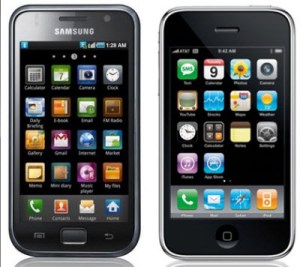 While intriguing, it’s not as if we didn’t see this coming. Ever since Apple accused Samsung of copying its designs last year, setting off some 50 lawsuits across the globe, Samsung has claimed ignorance. But the resemblance between some of the devices is unquestionable, like Samsung’s first Galaxy S smartphones and older iPhones (see right).

“Samsung’s documents show the similarity of Samsung’s products is no accident or, as Samsung would have it, a ‘natural evolution,’” Apple said in the brief. “Rather, it results from Samsung’s deliberate plan to free-ride on the iPhone’s and iPad’s extraordinary success by copying their iconic designs and intuitive user interface. Apple will rely on Samsung’s own documents, which tell an unambiguous story.”

Samsung, meanwhile, is prepared to argue that it had a mobile user interface like the iPhone’s in the works in 2006, AllThingsD reports. Samsung also has its hands on internal Apple emails that suggest Apple was similarly inspired by Sony’s device designs. The company has also put together a before and after chart of its phone designs, which really don’t show much of a change after the iPhone’s debut (see below).

While Samsung’s designs may seem achingly close to Apple’s, I suspect we’ll see an interesting exploration next week of just how much every company — even Apple — builds upon the designs of its predecessors.

Apple just recently won a preliminary injunction against the Samsung Galaxy Tab 7.7 in Europe, and Reuters reports that the two companies failed to settle out of court because they couldn’t agree on the value of each other’s patents. Apple is now seeking $2.5 billion in damages from Samsung. 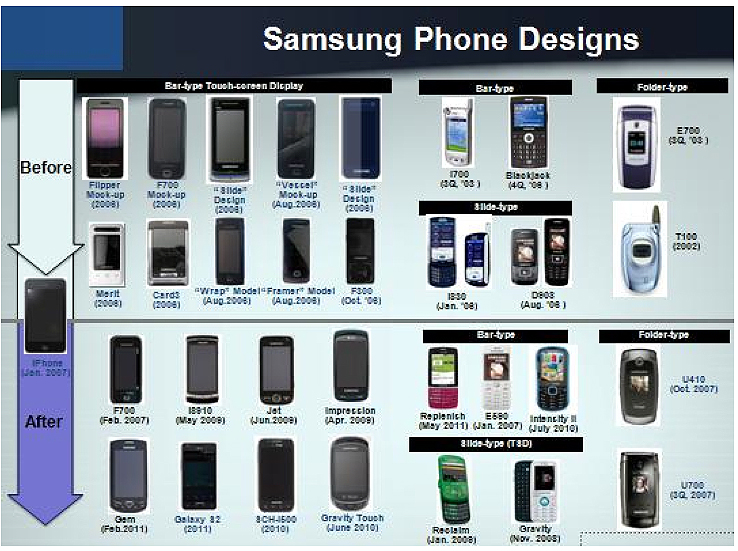