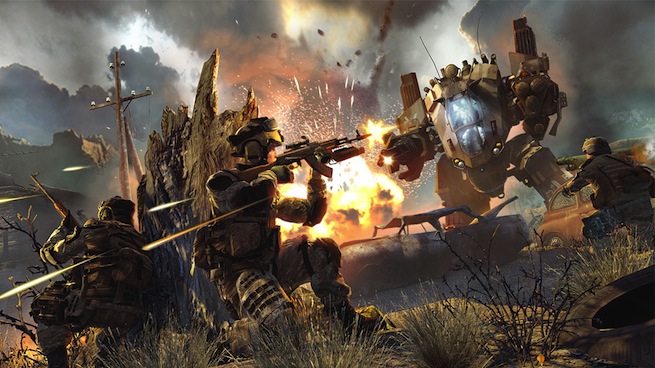 Developers Crytek and Trion Worlds have been hinting at it for a while, but now it’s official: The two companies announced today that they are joining up to bring free-to-play online shooter Warface to North America, Europe, Turkey, Australia, and New Zealand.

Warface features shiny, high-definition graphics courtesy of CryEngine 3, which has powered such triple-A titles as Crysis 2. Crytek will release the game through its GFACE social network and Trion’s Project Red Door platform. Warface is currently live in Russia, where it has over 2 million registered players and won Best Game and Best Graphics at the Russian Game Developers Conference in May.

“Crytek has repeatedly proven their foresight, and they are doing that again by leading the shift toward delivering high-quality, free-to-play, [and] online games,” said Trion chief Dr. Lars Buttler. “We are very impressed with Warface and Crytek’s commitment to polished gameplay, amazing graphics, technical excellence, and real innovation. We very much feel that we are kindred companies and stand strong together.”

No word yet on when the North American beta will launch, but you can preregister at the official site.